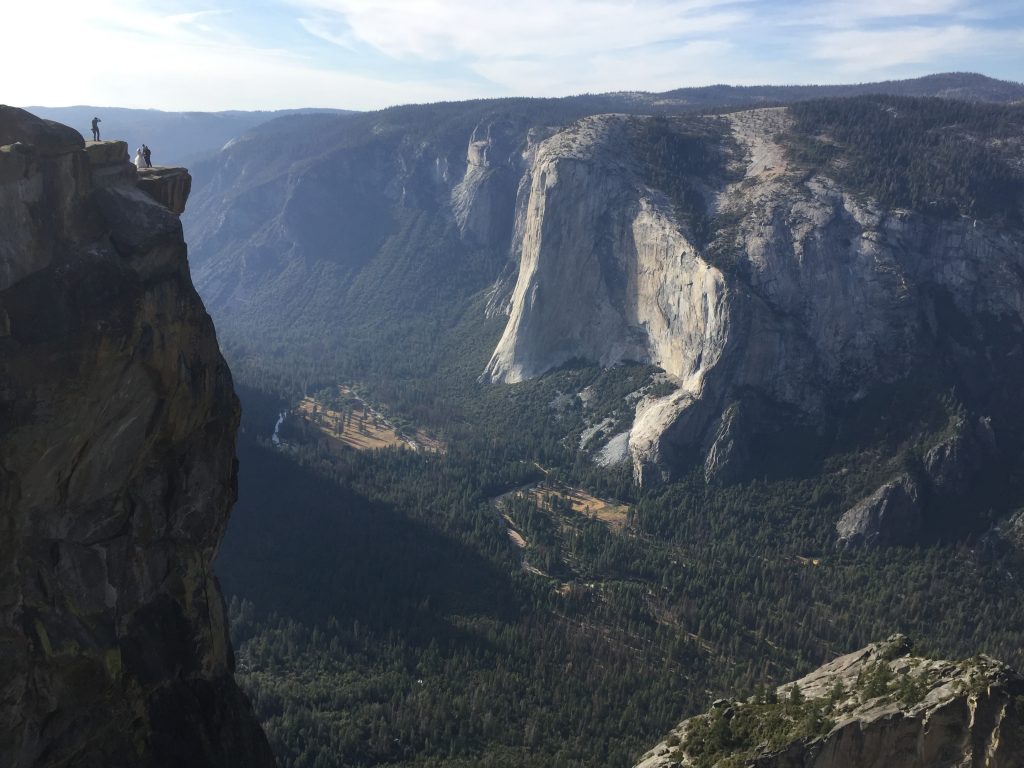 Two visitors died in a fall from a popular overlook at Yosemite National Park that allows people to walk to the cliff’s edge, where there is no railing, an official said Thursday.

Park rangers were trying to recover the bodies of a female visitor and a male visitor spotted by another tourist Wednesday, spokesman Scott Gediman said. Officials are still investigating when the pair fell and from what spot at Taft Point, which is 3,000 feet above the famed Yosemite Valley floor, he said.

Railings only exist at a small portion of the overlook, which is popular for its breathtaking views of the valley, Yosemite Falls and El Capitan and fissures on the granite rock that plunge to the valley floor.

More than 10 people have died at the park this year, some from natural causes and others from falls, Gediman said.

Last month, an Israeli teenager fell hundreds of feet to his death while hiking near the top of 600-foot-tall Nevada Fall. The death of 18-year-old Tomer Frankfurter was considered an accident, the Mariposa County coroner’s office said.

Taft Point is also where world-famous wingsuit flier Dean Potter and his partner, Graham Hunt, died after leaping from the cliff in 2015. The pair experienced at flying in wingsuits — the most extreme form of BASE jumping — crashed after trying to clear a V-shaped notch in a ridgeline.

BASE jumping — an acronym for jumping off buildings, antennas, spans (such as bridges) and Earth — is illegal in the park.

An investigation concluded that the deaths were accidental. Despite video and photos of the jump, officials consider the specific reason why Potter and Hunt died a mystery.