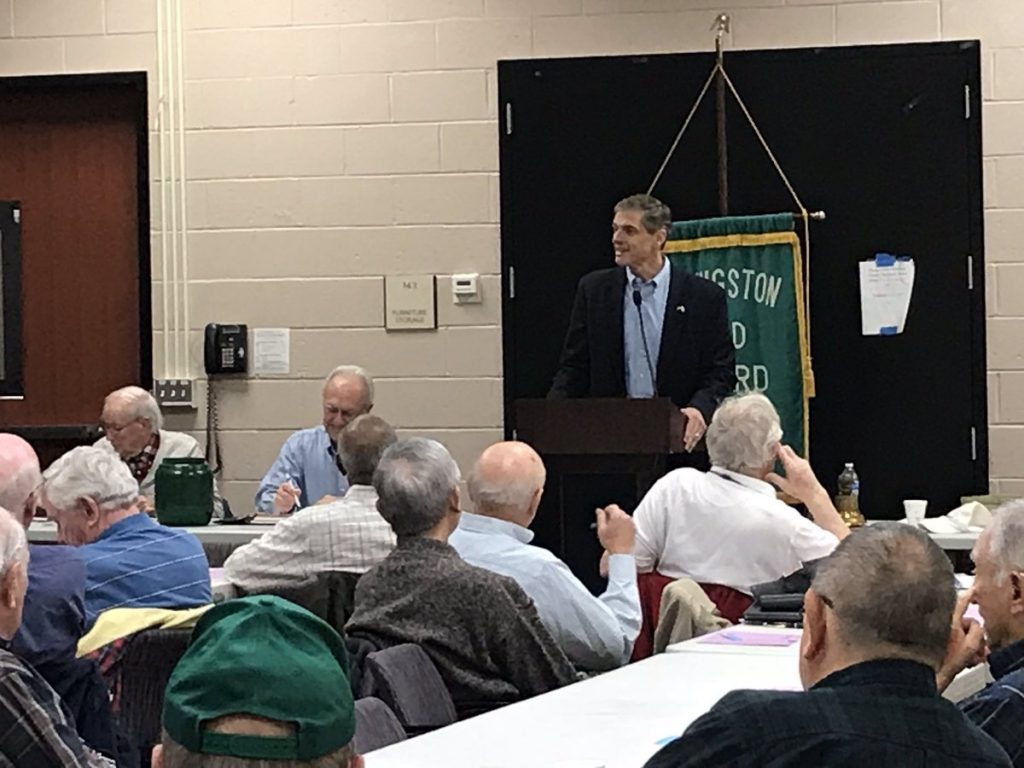 A letter threatening the children of a Republican candidate unless he loses his bid for Congress in New Jersey was delivered to his office Wednesday morning.

The note was sent to Assemblyman Jay Webber’s office and said, “You better hope you don’t win! Or else.” and then asked, “How many kids do you have…7? Unlucky 7.”

Ronica Cleary, a spokeswoman, says the threat arrived with a cut-up Webber campaign sign. She says the ordeal has been referred to the state police for investigation.

In the 11th district, Webber is in a tight and closely watched race against Democrat Mikie Sherrill.

Webber has frequently incorporated his wife Johanna and their seven children into his campaign, featuring them in campaign ads.

He took to Twitter to condemn the threat, saying he will not be intimidated.

“Criticizing a candidate on the issues is part of politics. Threatening my children is not,” he posted. “We are thankful for the support of law enforcement as we work to find whoever is behind this gutless act. We will not be intimidated as we work to make #NJ11 better for everyone.”