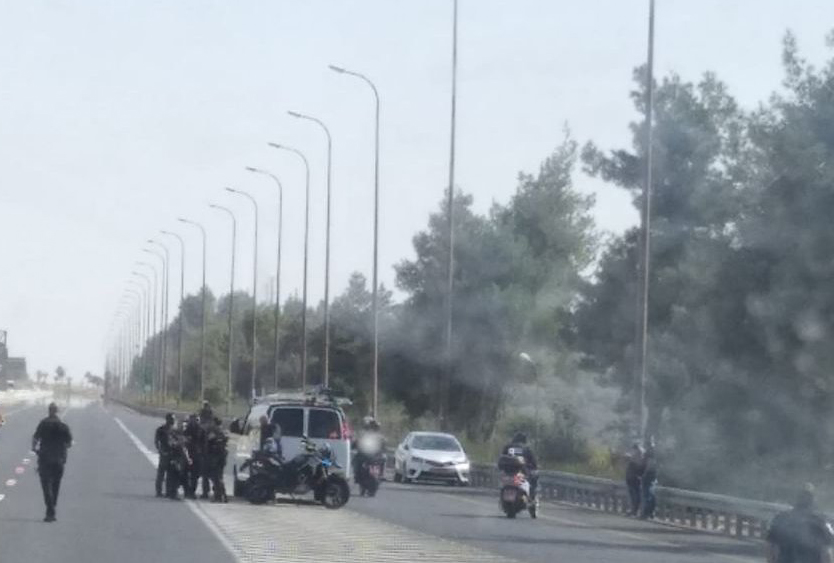 B’chasdei Shamayim, a major terror attack was averted Wednesday morning as police arrested an Arab from Yerushalayim who was on his way to carry out a terror attack in Tel Aviv. The arrest of the 20-year-old took place on Road 1, the main highway into Tel Aviv, causing a major traffic jam as police closed down the road. The suspect was taken into custody and is being questioned.

Officials said that they were alerted by family members who called police and informed them that the terrorist had left home with the intention of carrying out a terror attack. A widespread search for the terrorist took place in various parts of Tel Aviv Wednesday morning, with police activity noticeable in many areas.

Police eventually tracked down the terrorist by pinging his cellular device, allowing them to narrow down his location and arrest him, in a vehicle on the highway between Yerushalayim and Tel Aviv. The arrest resulted in the closure of the highway in both directions for nearly an hour. Police said that the terrorist had planned to carry out the attack in south Tel Aviv, possibly in the area of the new central bus station. Police added that the motivation for the family to turn their son in was the fear that their house would be demolished if the terrorist carried out the attack.