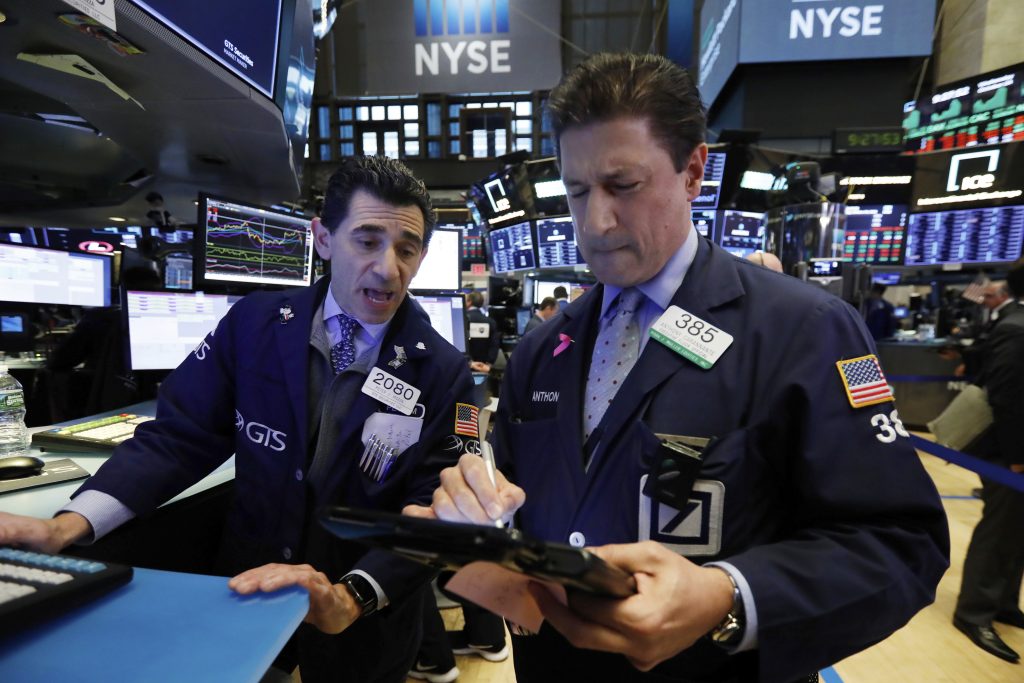 Another torrent of selling gripped Wall Street Wednesday, sending the Dow Jones Industrial Average plummeting more than 600 points and extending a losing streak for the benchmark S&P 500 index to a sixth day.

The tech-heavy Nasdaq composite bore the brunt of the sell-off, leaving it more than 10 percent below its August peak, what Wall Street calls a “correction.” The Dow and S&P 500 erased their gains for the year.

Technology stocks and media and communications companies accounted for much of the selling. AT&T sank after reporting weak subscriber numbers, and chipmaker Texas Instruments fell sharply after reporting slumping demand.

“Investors are on pins and needles,” said Erik Davidson, chief investment officer at Wells Fargo Private Bank. “There has definitely been a change in sentiment for investors starting with the volatility we had last week. The sentiment and the outlook seem to be turning more negative, or at the very least, less rosy.”

Bond prices rose, sending the yield on the 10-year Treasury note down to 3.11 percent from 3.16 percent late Tuesday.