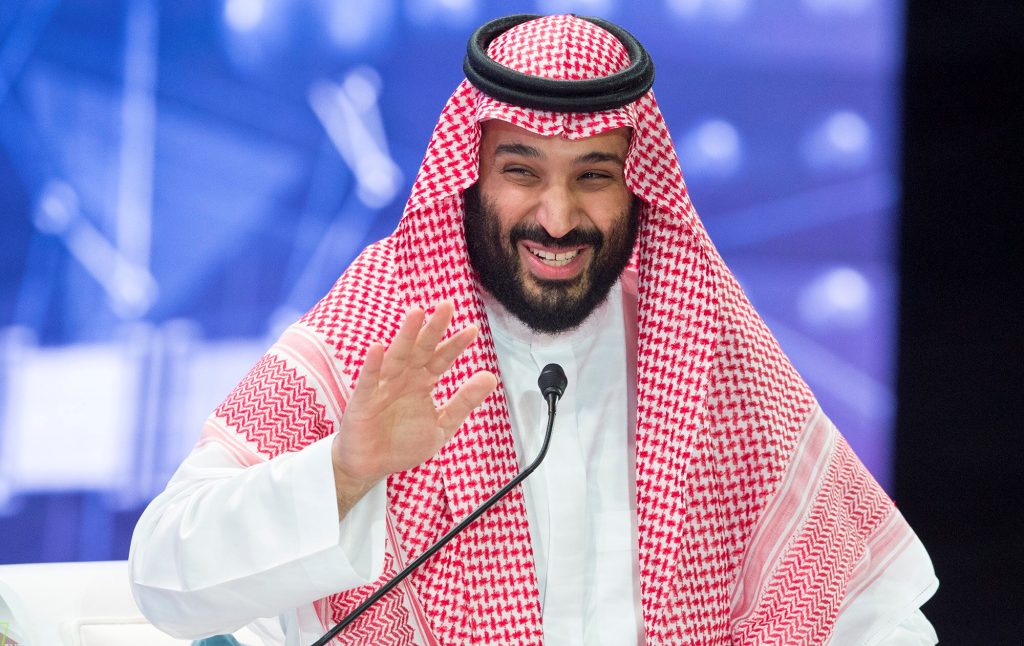 Saudi Arabia’s Crown Prince Mohammed bin Salman promised on Wednesday that the killers of Jamal Khashoggi would be brought to justice, in his first public comments since the journalist’s murder sparked international condemnation.

Prince Mohammed told a major investment conference in Riyadh that Saudi Arabia and Turkey would work together “to reach results” on a joint investigation into the killing.

“The incident that happened is very painful, for all Saudis… The incident is not justifiable,” the crown prince said on a discussion panel. “Justice in the end will appear.”

He described cooperation between Riyadh and Ankara as “special” despite fierce criticism from Turkish President Tayyip Erdogan and his aides.

Hours earlier U.S. President Donald Trump, in his toughest comments yet, told The Wall Street Journal that the crown prince bore ultimate responsibility for the operation that led to the Saudi journalist’s killing.

Trump said he wanted to believe Prince Mohammed when he said that lower level officials were to blame for the Oct. 2 killing at the Saudi mission. But he suggested that responsibility lay higher up: “Well, the prince is running things over there more so at this stage. He’s running things and so if anybody were going to be, it would be him.”

His comments heaped pressure on his close ally amid a global outcry over the journalist’s death, and came hours before Prince Mohammed’s appearance at the Saudi investment conference.

A number of high-profile business and political figures have pulled out of the conference over the death of the journalist, a prominent critic of Saudi Arabia’s de facto ruler.

Erdogan spoke to Prince Mohammed on Wednesday and the two discussed the steps needed to bring to light all aspects of the killing of Khashoggi, a presidential source said.

An adviser to Turkey’s president said Prince Mohammed had “blood on his hands” over Khashoggi, the bluntest language yet from someone linked to Erdogan.

Saudi authorities did not immediately respond to a request for comment about the remarks by Trump and the Erdogan adviser, but Prince Mohammed painted a different picture of relations with Turkey.

“There are now those who are trying to take advantage of the painful situation to create divisions between the kingdom and Turkey,” he said.

“I want to send them a message that they cannot do this as long as King Salman is here, and the Crown Prince Mohammed bin Salman is in Saudi Arabia and the head of Turkey, whose name is Erdogan … this division won’t happen.”

Riyadh has blamed a “rogue operation” for the death of the prominent Saudi journalist and said the crown prince had no knowledge of the killing.

The death of Khashoggi, a U.S. resident and Washington Post columnist, has sparked global outrage and threatened relations between Riyadh and Washington as well as other Western nations.

For Saudi Arabia’s allies, the burning question has been whether they believe that Prince Mohammed, who has painted himself as a reformer, has any culpability in the killing, a possibility raised by several U.S. lawmakers.

Also at Wednesday’s investment conference in Riyadh, the Crown Prince joked about Lebanese Prime Minister Saad al-Hariri’s detention in the kingdom last year, saying he was free to leave after attending the conference.

“Prime Minister Saad is staying in the kingdom for two days so I hope you don’t spread rumors that he was kidnapped,” he said.

Hariri, sitting beside the crown prince, took part in the humor as the audience laughed. “With all my freedom,” he said.

Hariri, who has Saudi citizenship, was summoned to Riyadh a year ago. He was briefly detained and compelled to resign as prime minister in a speech read out on TV from Saudi Arabia, until France intervened to free him.

Hariri was verbally humiliated and beaten, according to eight Saudi, Arab and Western diplomatic sources.