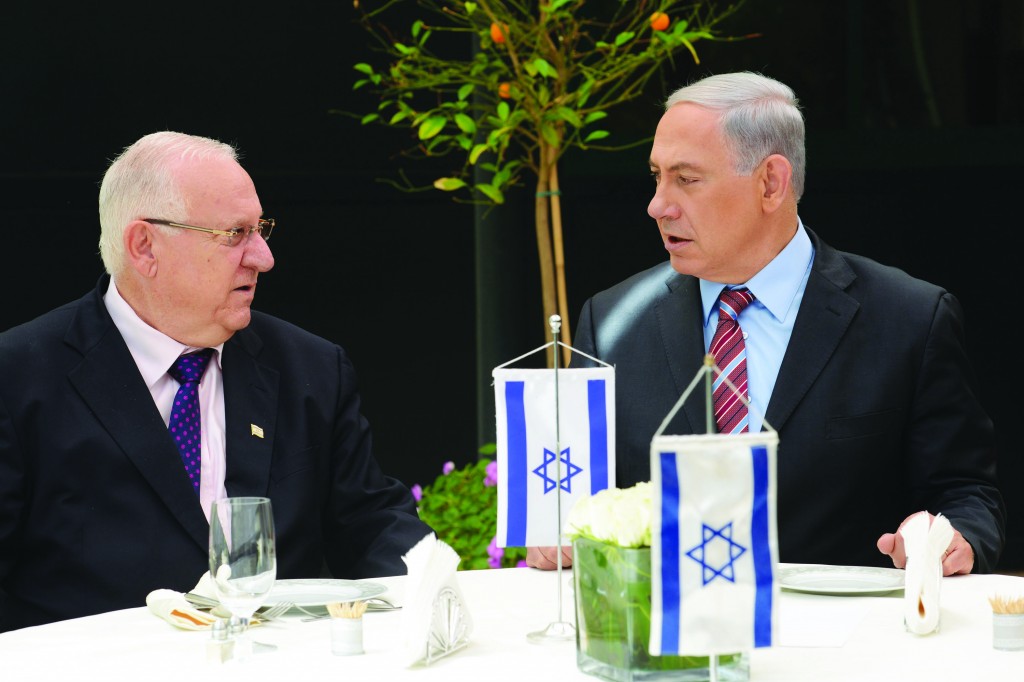 An analysis in Yisrael Hayom Wednesday on why the question of early elections has dropped out of the headlines in recent days is an example of “weird paranoia” and has no place in the public discourse, a spokesperson for President Reuven Rivlin said. The analysis – which “blames” Rivlin for Prime Minister Binyamin Netanyahu’s apparent about-face on early elections – is “based on absolutely nothing solid, and is not even based on logical thinking. It is a detailed example of paranoia that has no basis in reality,” the spokesperson said.

In the analysis, the newspaper cited senior Likud sources as saying that Netanyahu had planned to break up the Knesset and call early elections – but decided against it, after hearing from advisers that Rivlin might not appoint him to form the government if the Likud won a plurality of seats in the plenum, as polls predict. According to Israeli election laws, the president imposes the task of forming a government on the individual who is most likely to form one. Generally, this is the head of the list with the largest number of seats in the Knesset, but he is not required to do so.

Given the bad blood between Netanyahu and Rivlin, the analysis said – Rivlin is said to blame Netanyahu for attempting to prevent him from ascending to the presidency – Netanyahu, the newspaper said, decided not to break up the government at this time, preferring to figure out a way to ensure that Rivlin would not be able to perform a “runaround” of his forming a government. “It’s not the draft law and it’s not Gaza that is preventing early elections,” the analysis said. “It’s Rivlin, and Netanyahu is determined to do something about it.”

Later, the newspaper said, Likud sources named former Likud MK and minister Gideon Sa’ar as being responsible for the efforts to convince Rivlin not to appoint Netanyahu as the organizer of the government. Sa’ar, too, has hard feelings for Netanyahu, whom he blames for keeping him out of the Knesset. In response, Sa’ar called the entire idea “weird,” adding that “it is troubling that the prime minister has advisers who are telling him such stories. We will wait with bated breath for even a shred of evidence that will substantiate this ridiculous conspiracy theory.”

The report said that Netanyahu consulted with advisers and supporters on a solution, and one appears to be in the offing: MK David Amsalem is preparing a law that would require the president to give the head of the largest party in the Knesset the first opportunity to form a government. The law will be presented to the Knesset on its first reading in the coming days, the report said.

Commenting on the analysis, Amsalem said that it had nothing to do with his proposal. “The idea that the president would do such a thing is absolutely ridiculous. I don’t believe it could ever happen, but on the other hand many things that we don’t believe can happen do happen. Thus a law is necessary to ensure that things are done properly. The head of the Knesset’s largest party is generally the most dominant person in the party, and a very dominant person in the political establishment. Any attempt to push this person aside would be a type of revolution,” he said.