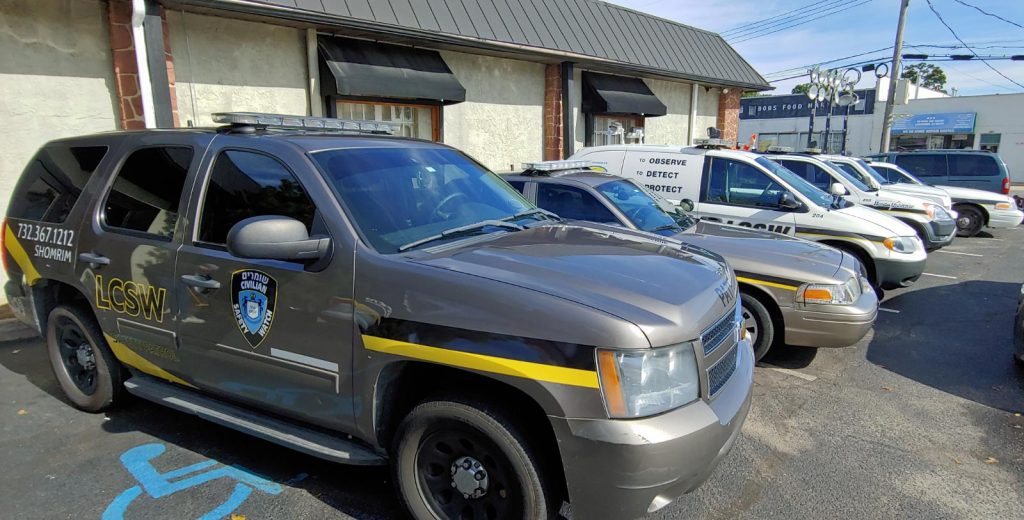 The new car, which will become part of the organization’s patrol fleet, was dedicated by Aetna Better Health.

“I’m very familiar with the community and hopefully, this is the start of something special between Aetna Better Health and the Lakewood community,” said Aetna’s Chief Executive Officer, Mr. Glenn MacFarlane.

“We really would like to be the MCO (managed care organization) of Lakewood, so this is a perfect time for me to be in town.”

LCSW provides a 24-hour response service to calls from residents concerned about suspicious persons, objects or other safety concerns. They conduct regular neighborhood patrols with a fleet of marked and unmarked vehicles which are run on Shabbos and Yom Tov by a special team.

“There was a need, and we worked together to do it,” said Mike McNeill who joined the organization’s Shabbos patrol when it was founded 13 years ago.

Senator Singer discussed the respect that LCSW has garnered from many government bodies and law enforcement agencies over the years, citing their efforts to help manage the town in the aftermath of Superstorm Sandy.

“I see how important this organization is to people,” said Committeeman Ackerman. “The patrols allow people to feel safe in their neighborhoods, and that means a lot.”