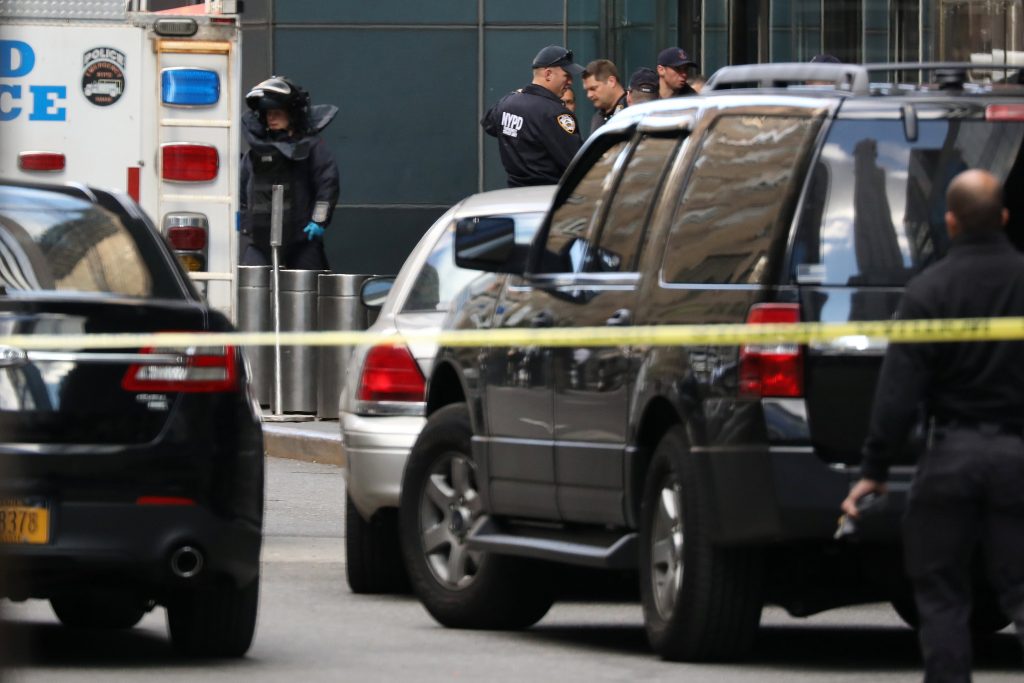 The packages sent to the two leading Democrats and a bomb delivered to one of the party’s major donors days earlier come roughly two weeks before the Nov. 6 elections that will determine whether Republicans maintain control of Congress in a deeply polarized nation.

A report that a suspicious package also was sent to the White House was later found to be false, a person familiar with the matter said.

The package to Clinton was found late Tuesday, while the one addressed to Obama was found early Wednesday, both during routine mail screenings, the Secret Service said. Both Obama and Clinton were not at risk, they added.

The White House, in a statement, condemned the attempted attacks on Obama and Clinton.

“These terrorizing acts are despicable, and anyone responsible will be held accountable to the fullest extent of the law,” White House spokeswoman Sarah Sanders said. “The United States Secret Service and other law enforcement agencies are investigating and will take all appropriate actions to protect anyone threatened by these cowards.”

The FBI said it was investigating the packages.

“The packages were immediately identified during routine mail screening procedures as potential explosive devices and were appropriately handled as such,” the Secret Service said in a statement.

The package addressed to Clinton at her home in the New York suburb of Chappaqua was an explosive device, The New York Times reported.

The Time Warner Building in New York City was evacuated on Wednesday morning after a suspicious package that had been mailed was found in the CNN mail room, New York police and CNN said. CNN has a bureau in the building.

The discovery of the packages came after a small bomb was found earlier this week at the home of billionaire liberal donor George Soros in the New York City suburb of Katonah, about 10 miles from the Clintons’ home.