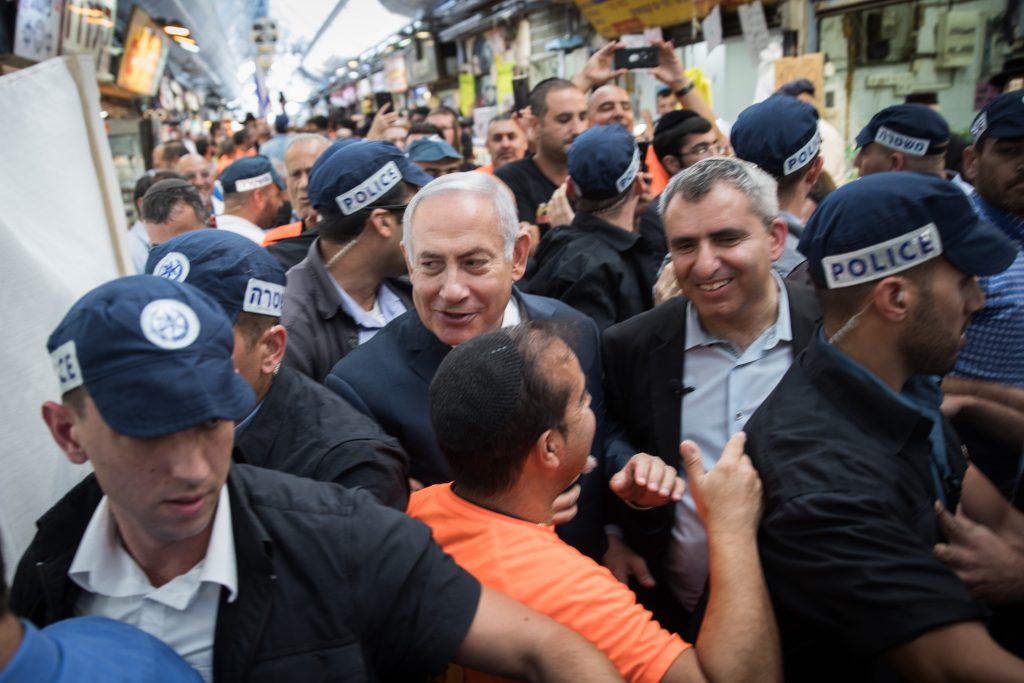 While Yerushalayim mayoralty candidate Zeev Elkin — accompanied by Israeli Prime Minister Binyamin Netanyahu — made his play for votes among the ordinary folk at the city’s famed Machane Yehuda market on Wednesday, the state comptroller was revealing that Elkin already has the backing of the very wealthy.

The comptroller’s report stated that Elkin, currently environmental protection and Yerushalayim affairs minister, has so far raised NIS 6,166,000 ($1.7 million) for his election campaign, dwarfing that of his rivals, according to The Times of Israel.

Elkin’s ties to Russian oligarchs accounts for the lavish financing of his campaign. The money was secured with 16 loan guarantees, the biggest for NIS 1 million each.

Loan guarantees enable candidates to take loans from banks which they can then repay after the elections with funding received from the state. Under Israeli law, local government candidates qualify for state financial support if they win more than 25 percent of the vote.

Elkin’s backers are like him, immigrants from the former Soviet Union.