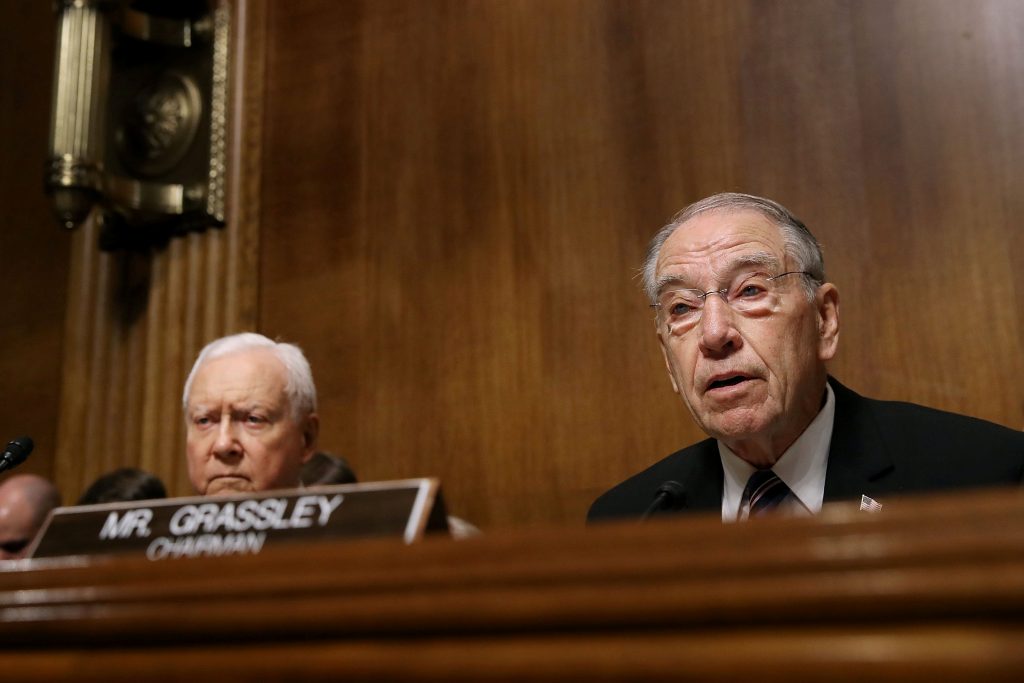 For the second week in a row, no Senate Democrats made the trip back to D.C. to question a slate of President Donald Trump’s nominees for lifetime appointments to the federal bench, but their boycott is not impeding the GOP’s ability to line up those nominees for confirmation by the end of the year.

Sen. Michael D. Crapo of Idaho presided over the hearing, which also featured an appearance by former Chairman Orrin G. Hatch (R-Utah). Democrats have decried the unusual recess hearings as a further erosion of senatorial courtesy and an indication of Republicans’ desire to ram through judges regardless of institutional protocol.

Judiciary Chairman Charles E. Grassley (R-Iowa) has brushed aside the criticism, saying Democrats did not technically object to the hearings. Grassley did not show up for either Wednesday’s hearing or last week’s hearing.

The Utah Republican was most enthusiastic about introducing Richard Hertling, a former aide to both the House and Senate Judiciary Committees, who has been nominated by Trump for a seat on the court of federal claims.

Hatch said that he was friends with Hertling’s father, who he said had served during the Battle of the Bulge.

“Having known the father, I had high expectations for the son. And I certainly have not been disappointed,” Hatch said.

Democrats had contested, and effectively boycotted, the holding of confirmation hearings for the four nominees, including two for seats on the Ninth Circuit Court of Appeals.

But with Bridget S. Bade, Eric Miller, Karin Immergut and Hertling now having testified, they will be eligible for addition to the Judiciary Committee’s schedule for a markup that will likely be scheduled for Thursday, Nov. 15. The nominees from last week could make that agenda as well.

Under the normal procedures of the Judiciary Committee, the nominees appearing on the agenda for the first time would be held over for a week, which would get them lined up for floor consideration starting a week after Thanksgiving.