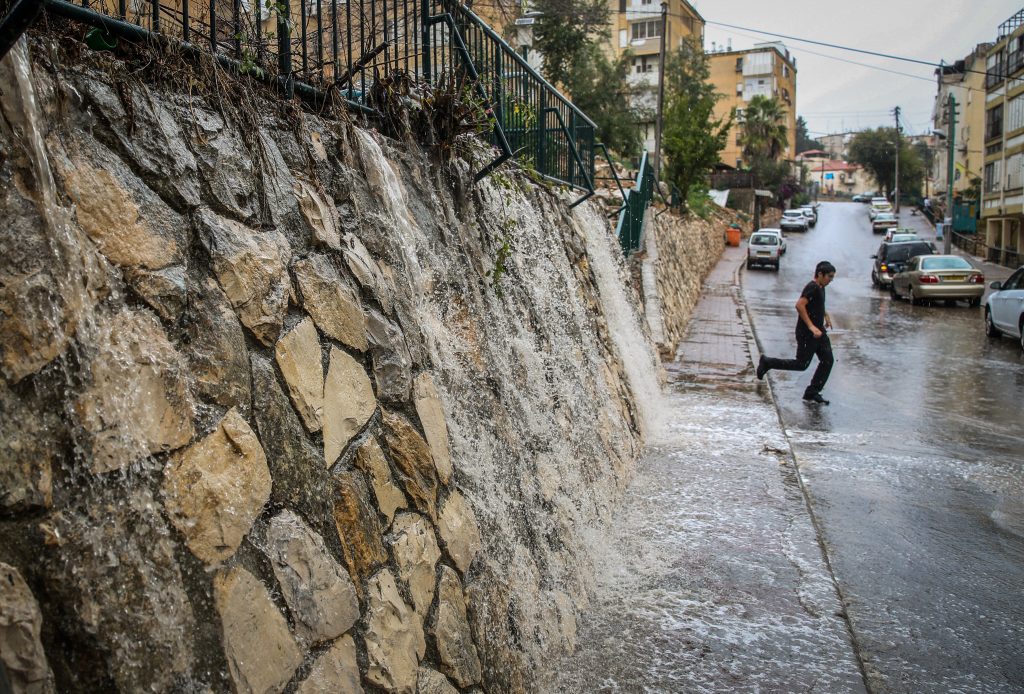 After heavy rains in recent days in the southern Negev and Eilat – where the city’s airport was closed for several hours Sunday because of heavy rain and winds – and storms in northern Israel last week, the rest of Israel will be getting its first major dose of winter, beginning Thursday, forecasters said.

On Tuesday, the Water Authority’s Hydrological Service warned against the likelihood of flooding in all parts of the country, with heavy rains predicted for Thursday and Friday.

It was an unusually strong warning for so early in the season. “The event could include overflowing of streams in the area of the Kinneret, the western Galilee, the Carmel area, the center of the country, and the southern coastal strip.

Attention should also be paid to issues in municipal sewage systems and the likelihood of flooding there as well,” the warning said, adding that “flooding is also likely in the Jordan Valley, the streams in the Dead Sea area and the Arava, as far as Eilat. Flash floods are likely in many of the Arava streams, and flash flooding in streams in Sinai will send more water to the Eilat area.

On Saturday, Eilat was visited with a short but extremely fierce storm that dumped large amounts of rain on the city and the Arava, with rain and winds strong enough to close the city’s airport for over four hours Saturday night. Bus service was also suspended, and roads in the region were closed for several hours as well.