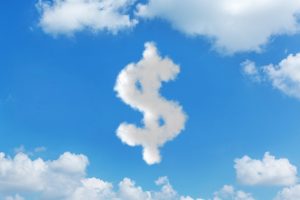 As word spreads that the Mega Millions lottery jackpot has hit a new record — the astronomical sum of $1.6 billion — lottery fever is sweeping the country. From coast to coast, people who rarely if ever play the lottery made their way into convenience stores and other locations known to longtime lottery enthusiasts in order to purchase tickets. Among them are members of our own community as well.

The journalist and Civil War veteran Ambrose Bierce aptly called lotteries “the tax on people who are bad at math.” And he was referring to lotteries with a much better chance for any single player of winning.

So why indeed do so many more people choose to play the lottery when it reaches such astronomical sums? And for that matter, why should anyone even play a lottery that is so difficult to win at any time?

Some have suggested that the primary motivation to play when the jackpot hits record numbers is peer pressure, a feeling that they don’t want to be left out. Others suggest that — while subconsciously they recognize that they won’t win — they savor the fantasy of winning, and enjoy imagining the “what if.” Granted, they can daydream to their heart’s content without spending the $2, but somehow the feeling of the ticket in their wallet or pocketbook makes the dream seem somewhat more real.

One of the wisest observations was made by a father who was explaining to his child why he didn’t buy a ticket.

“Perhaps if I knew with absolute certainty that I won’t win I would spend the money, as some sort of hishtadlus. But since there is a slight chance of winning — I am not ready to take the risk…”

It is no secret that becoming a billionaire overnight is an all-but-guaranteed ticket to a nightmare. While potential winners may claim that they are confident of spending the money on all the right things — with the majority of the winnings going to a host of worthy tzedakah causes — can anyone really know how they will act once they are faced with this most challenging test?

How will being suddenly worth such a fortune affect one’s relationship with Hashem? Can one’s relationship with family and friends possibly survive such an experience? There is no shortage of examples to prove the fact that not only does wealth not bring happiness, health, or nachas, but it actually brings along with it a great many challenges of its own. It is important to bear in mind that it is not only the amount of money a person will earn that is preordained; so is the amount of enjoyment that a person will have. Inevitably, the enjoyment of winning millions comes at the cost of other, potentially much more important types of enjoyment.

The story is told about a fellow who, after struggling with parnassah for many years, decided to borrow money and buy a lottery ticket. As the date for the drawing approached, he poured out his heart in tefillah to the Ribbono shel Olam, saying Tehillim and shedding countless tears, pleading that he should be the winner.

His tefillos were answered and he won a very considerable sum of money.

Almost immediately he was approached by numerous individuals, all of them urging him to invest his winnings with them. Each promised fantastic and wholly unrealistic percentages of returns.

He foolishly agreed, and within a short time lost all the money he had won. The shattered fellow soon discovered that not only was he left without the money he had so longed for, but he was struggling far more to meet his basic needs than before buying the lottery ticket.

Heartbroken, he made his way to Radin and poured out his heart to the Chofetz Chaim, zt”l. The Chofetz Chaim explained to him that the amount an individual earns in a lifetime is preordained. Because he had so beseeched the Heavens, he was given the entire amount he was set to receive in the coming years in a single lump sum. He had then proceeded to squander it in a series of foolish investments, and was left without anything.

Indeed, one must be so careful in knowing what to daven for.

One reader shared with us how he purchased a ticket the last time there was a record jackpot.

“I then spent time saying Tehillim, begging Hashem that only if it really is good for me and my family, I should win. Hashem heard my tefillos — and I didn’t win…”

By the time this edition will appear at doors and newsstands, it is probable that one or more individuals will have won the Mega Millions jackpot.

In essence, however, all of us have already won the ultimate jackpot — for every brachah we recite, every tefillah we utter, every mitzvah we perform, every daf Gemara we learn, every kapitel Tehillim we say, and every moment we fortify ourselves with emunah and bitachon make us true billionaires, many times over.