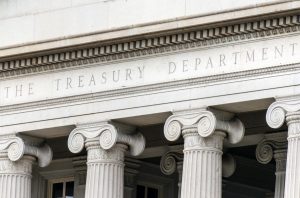 Orthodox organizations joined a broad coalition of pro-school-choice advocates in suggesting that the Treasury Department revisit a recently enacted set of tax regulations they fear could have a detrimental effect on state-sponsored scholarship programs for students in private schools.

While the real effects of the guidelines are yet unknown, many have sounded alarm that they could have a potentially devastating effect on some states’ efforts to widen options for students from poor families.

“Over the last few months, I’ve spent a lot of time with scholarship organizations, and the feedback we got is that this could potentially cause them to lose a lot of the money they have been getting from their biggest donors,” Rabbi A. D. Motzen, Agudath Israel’s national director of state relations, told Hamodia.

One of the most talked-about aspects of the Tax Cuts and Jobs Act, enacted in December 2017, was its $10,000 cap on deductions for state and local taxes (SALT). While most taxpayers in the country were unaffected by the change, many in high-tax states such as New York, New Jersey and California will be impacted. In an attempt to provide a government-sponsored tax shelter, several of these states set up various options for “charitable contributions” to fund various functions that could be deducted under federal law.

The IRS has proposed regulations aimed at closing this loophole, which would require taxpayers to deduct the total amount of these tax credits from the amount of SALT deductions claimed, thereby rendering the scheme ineffective at circumventing the cap.

Yet, many are wary that, as currently drafted, the guidelines could have the same effect on more than 15 states that, prior to passage of the tax overhaul, had scholarship funds set up to send low-income students to private schools that are supported by private tax-deductible donations.

Many of the programs are funded exclusively by corporate donations, the future of which are not made entirely clear by the new proposals. Yet, school-choice advocates fear that this very lack of clarity could serve to discourage donors because they will not be sure they will receive a tax deduction.

Treasury Secretary Steven Mnuchin has defended the changes, saying that they will only affect “one percent” of donors to the scholarship funds. However, those asking for changes claim that that is precisely the percentage that accounts for the vast majority of contributions to the funds.

While there are Jewish schools in several of the 15 states with scholarship programs, Florida and Pennsylvania are two that are home to both robust scholarship programs and to several yeshivos and day schools. In Florida, some 2,600 Orthodox students receive tuition support from the funds, and in Pennsylvania there are 1,300 helped by the state’s program — 40 percent and 25 percent of the total Jewish school-age population, respectively.

Dozens of organizations, including Agudath Israel and the OU, have submitted comments on the issue, and public hearings on the matter are set for November 5.

OU executive director for Public Policy Nathan Diament told Hamodia that the fact that the Treasury had requested comments from the public and planned to hold hearings makes him cautiously optimistic that changes would be made.

In general, the Trump administration has been strongly in favor of school-choice initiatives, most notably Education Secretary Betsy DeVos, who, prior to her appointment, led the American Federation for Children, a Washington-based organization that focuses singly on advancing the cause of school-choice options.

“We’ve been reaching out to a lot of school-choice friendly avenues in the administration and hope that we can resolve this positively,” said Mr. Diament.