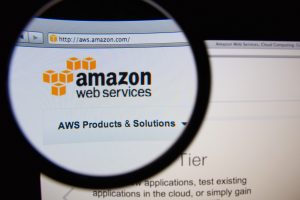 Amazon pitched its facial-recognition system in the summer to Immigration and Customs Enforcement officials as a way for the agency to target or identify immigrants, a move that could shove the tech giant further into a growing debate over the industry’s work with the government.

The June meeting in Silicon Valley, revealed in emails as part of a Freedom of Information Act request by the advocacy group Project On Government Oversight, show that officials from ICE and Amazon Web Services talked about implementing the tech giant’s Rekognition face-scanning platform to assist with homeland security investigations.

An Amazon Web Service official specializing in federal sales contracts, whose name was redacted in the emails, wrote that the conversation involved “predictive analytics” and “Rekognition Video tagging/analysis” that could possibly allow ICE to identify people’s faces from afar – a type of technology immigration officials have voiced interest in for its potential enforcement use at the southern border.

“We are ready and willing to support the vital (Homeland Security Investigations) mission,” the Amazon official wrote.

Officials from Amazon and ICE did not immediately respond to requests for comment. (Amazon’s founder, Jeff Bezos, owns The Washington Post.)

Amazon has marketed the technology to police departments as a way to target and identify criminals, and it is deployed for officers’ use in Oregon and Florida. But civil rights and privacy advocates worry the unproven technology’s expansion could have a chilling effect on public protests or embolden government and police efforts to supercharge mass surveillance.

The meeting could inspire new unrest among Amazon workers who have urged the $850 billion company to reject work that could be used for government surveillance. Hundreds of anonymous Amazon workers wrote Bezos a letter in June, roughly one week after the meeting, saying, “We refuse to build the platform that powers ICE, and we refuse to contribute to tools that violate human rights.”

It will also further fuel a Silicon Valley culture clash between corporate leaders pursuing lucrative government contracts and the company’s rank-and-file workers, many of whom have voiced outrage over ICE’s separation of migrant parents and children at the Mexican border.

Microsoft, a tech giant building facial-recognition tools that compete with Amazon’s, came under fire in the summer for the potential work it could do as part of a major ICE contract. Google has also faced internal resistance over its contributions to Project Maven, a Defense Department initiative that would allow AI to identify objects in battlefield drone video.

Amazon has a number of government contracts and is believed to be the lead contender to win the Pentagon’s $10 billion cloud-computing contract, known as JEDI. The company also operates a private cloud service for top-secret intelligence used by the CIA. The agency’s deputy director for science and technology, Dawn Meyerriecks, characterized the Amazon-CIA bond during a panel last month outside Washington as a “closer partnership than I’ve ever seen in my career.”

Bezos has donated money to fund college scholarships for undocumented immigrant students, but he has also publicly supported the tech industry’s contributions to national-security efforts and other government work.

“If big tech companies are going to turn their backs on the Department of Defense, we are in big trouble,” Bezos said at a Wired magazine event last week. Asked about immigration, he added, “I’d let them in if it were me. I like ’em, I want all of them in. But this is a great country and it does need to be defended.”

ICE has portrayed facial recognition and other artificial-intelligence software as potentially powerful tools in their pursuit of ways to clamp down on illegal immigration. ICE officials told tech-industry contractors last year they wanted an “extreme vetting” system that could automatically mine the social media of foreign visitors to assess whether they might commit criminal or terrorist acts.

Amazon unveiled Rekognition in 2016 as a way to analyze images and detect faces on a massive scale. Its first marketing materials focused on the softer side of the technology, including its ability to look at a dog’s face and recognize it’s a golden retriever.

But the technology’s growing role in the business of criminal justice and investigation has faced growing scrutiny from civil rights groups and Democratic lawmakers worried over its possible use in surveillance efforts that could threaten public privacy and civil rights. The technology has also been found to perform less accurately among people of color, sparking fears of misidentification.

Rekognition, for instance, incorrectly matched the faces of 28 members of Congress with those of people arrested for a crime during a test in the summer by the American Civil Liberties Union of Northern California. Amazon has said the test’s methodology was flawed.

Some in the tech industry have called for broader regulation of facial-recognition systems, and only a few states govern the technology’s appropriate use. Microsoft president Brad Smith wrote a blog post in July challenging lawmakers to form a bipartisan commission to set standards that could prevent the systems’ misuse and abuse “by private companies and public authorities alike.”

“We know from history that new and powerful surveillance tools left unchecked in the hands of the state have been used to target people who have done nothing wrong,” an anonymous Amazon employee wrote last week. “We can sell dangerous surveillance systems to police or we can stand up for what’s right. We can’t do both.”