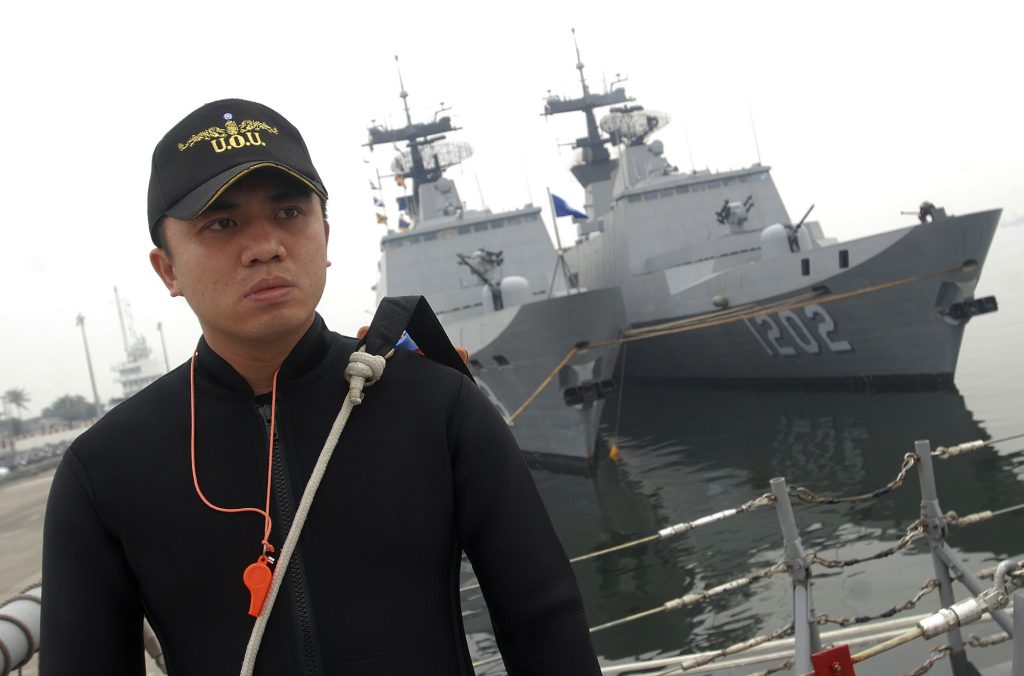 The United States sent two warships through the Taiwan Strait on Monday in the second such operation this year, as the U.S. military increases the frequency of transits through the strategic waterway despite opposition from China.

The voyage risks further heightening tensions with China but will likely be viewed in self-ruled Taiwan as a sign of support by President Donald Trump’s government, amid growing friction between Taipei and Beijing.

Reuters was first to report U.S. consideration of the sensitive operation on Saturday.

“The ships’ transit through the Taiwan Strait demonstrates the U.S. commitment to a free and open Indo-Pacific,” Commander Nate Christensen, deputy spokesman for U.S. Pacific Fleet, said in a statement.

“The U.S. Navy will continue to fly, sail and operate anywhere international law allows,” he added.

Taiwan’s defense ministry said it closely monitored the operation and was able to “maintain the security of the seas and the airspace” as it occurred.

The U.S. Navy conducted a similar mission in the strait’s international waters in July, which had been the first such voyage in about a year. The latest operation shows the U.S. Navy is increasing the pace of strait passages.

Washington has no formal ties with Taiwan but is bound by law to help it defend itself and is the island’s main source of arms. The Pentagon says Washington has sold Taiwan more than $15 billion in weaponry since 2010.

China views Taiwan as a wayward province and has been ramping up pressure to assert its sovereignty over the island. It raised concerns over U.S. policy toward Taiwan in talks last week with U.S. Defense Secretary Jim Mattis in Singapore.

As the United States prepared for a fresh passage through the strait, it told China’s military that its overall policy toward Taiwan was unchanged.

Mattis delivered that message to China’s Defense Minister Wei Fenghe personally on Thursday, on the sidelines of an Asian security forum.

“Minister Wei raised Taiwan and concerns about our policy. The Secretary reassured Minister Wei that we haven’t changed our Taiwan policy, our one China policy,” Randall Schriver, a U.S. assistant secretary of defense who helps guide Pentagon policy in Asia, told reporters traveling with Mattis.

“So it was, I think, a familiar exchange.”

Taiwan is only one of a growing number of flashpoints in the U.S.-China relationship, which also include a bitter trade war, U.S. sanctions, and China’s increasingly muscular military posture in the South China Sea.

Taiwan’s relations with China have deteriorated since the island’s President Tsai Ing-wen from the independence-leaning Democratic Progressive Party swept to power in 2016.

Beijing, which has never renounced the use of force in bringing Taiwan under its control, responded to the July passage with a warning to the United States to avoid jeopardizing “peace and stability” in the strategic waterway.

It has also viewed U.S. overtures toward Taiwan with alarm, including its unveiling a new de facto embassy in Taiwan and passage of the Taiwan Travel Act, which encourages U.S. officials to visit the island.

Military experts say the balance of power between Taiwan and China has shifted decisively in China’s favor in recent years, and China could easily overwhelm the island unless U.S. forces came quickly to Taiwan’s aid.

China has also alarmed Taiwan by ramping up military exercises this year, including flying bombers and other military aircraft around the island and sending its aircraft carrier through the narrow Taiwan Strait separating China from Taiwan.