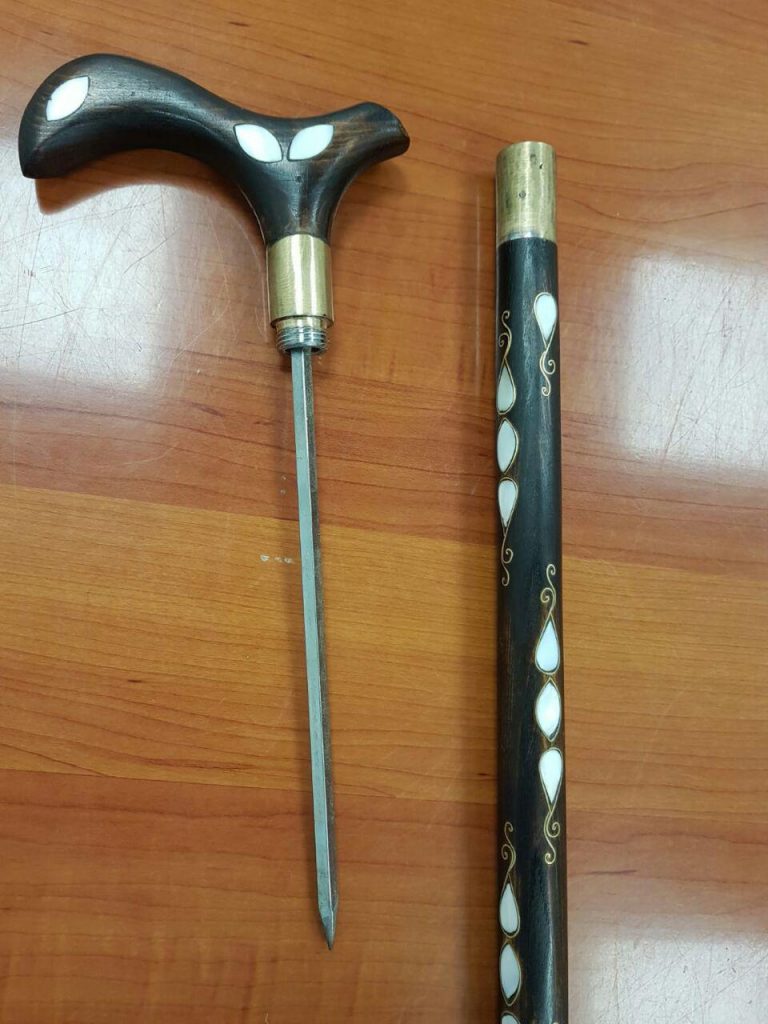 Israeli security officials on Monday morning arrested an individual who attempted to cross from Jordan into Israel carrying a weapon – a foot-long sharp metal sword. The sword was hidden inside a walking stick – which the individual claimed he needed to get around.

The 42-year-old foreign resident was detained when his ostensibly wooden walking stick set off security alarms when passed through a metal detector. Upon investigation officials were able to open it and unveil the weapon. The stick’s owner was questioned by security officials on what he planned to do with the weapon.

Security officials at a checkpoint south of Yerushalayim early Monday opened fire on a vehicle that rammed through the checkpoint, entering Palestinian Authority-controlled areas. The driver was able to get away, and security forces are searching for him. Officials believe he may have been driving a stolen vehicle. As he sped through the checkpoint, the culprit hit several vehicles ahead of him, causing a woman in one of the vehicles injuries. She was treated on site.

Overnight Sunday, security officials said they arrested 10 wanted security suspects in areas across Yehudah and Shomron. The suspects were wanted for participating in rioting and throwing stones and firebombs that endangered Israeli civilians and IDF soldiers. Several of the suspects were also charged with belonging to Hamas. All were being questioned on their activities by security forces.