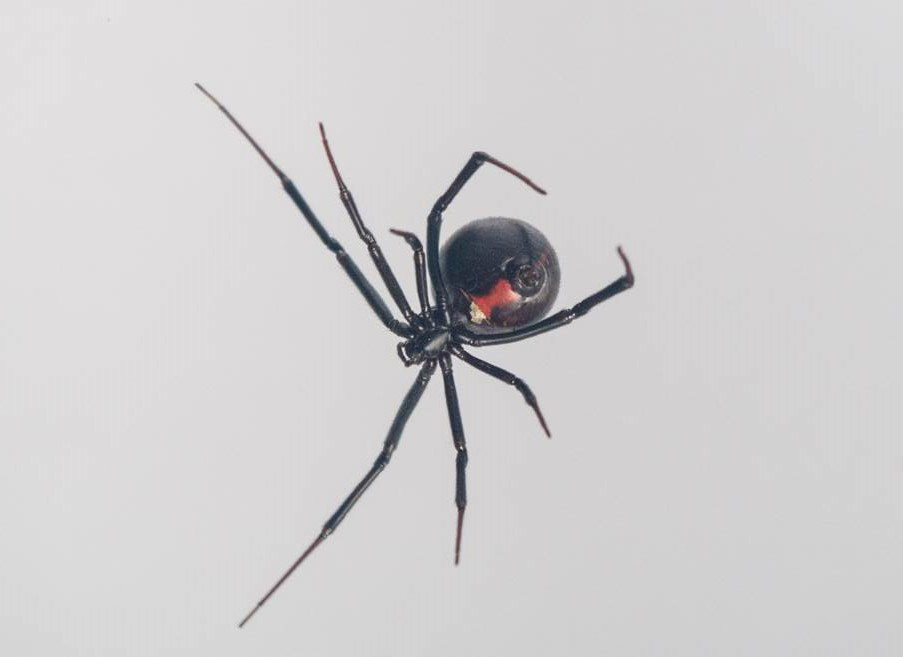 Spiders spin their silk out of proteins and promise. The fibers are tough, flexible and environmentally friendly, and entrepreneurs and scientists envision them woven into a host of products: spider silk sutures, sweaters or even footbridges.

To get there, experts have to figure out what’s in the stuff. A study published Monday in the Proceedings of the National Academy of Sciences reveals the building blocks of these fibers within the glands of black widow spiders, Latrodectus hesperus.

The researchers observed that globs of proteins aggregate into never-before-seen complex structures. They’re tiny aggregations, some no more than 200 nanometers in diameter. But when spiders squeeze these teensy globs through the faucet-head-like nozzles, called spinnerets, at the base of their abdomens, the clumps become fibers that stretch for foot after foot.

“Spider silk materials are better than any of the polymers we have in terms of their material properties,” said Gregory Holland, an analytical chemist at San Diego State University and one of the authors of the new report. These materials are “completely biodegradable,” he said, and have the potential to replace plastic “any place you see it.”

Spider silk devotees have long tried to yoke the spider to the spinning wheel. Pound for pound, loops of spider silk are tougher than Kevlar, the material in bulletproof jackets. The trouble is scale. An 11-foot spider silk tapestry, unveiled at New York’s American Museum of Natural History in 2009, required four years, 80 weavers in Madagascar, a million golden orb spiders and about $500,000. In the early 2000s, a company bred transgenic goats that produced silk in their milk. It failed to deliver a consumer product and went bankrupt in 2009 (most of the spider-goat herd wound up at the University of Utah’s farm).

Holland has worked with black widow spiders for years, and he considers their silk to be some of the strongest, even among spiders. Despite the black widow’s deadly reputation, these shy creatures have not bitten any of the 200-some scientists and students who have passed through his lab, he said. Holland recently teamed up with Northwestern University’s Nathan Gianneschi, who uses electron microscopes to study nanomaterials.

Scientists knew the makeup of the individual protein molecules in silk. And you and I can see the long strands of spider silk. The spot in the middle was a mystery. “There’s this space between that knowledge and when we see a spider web,” Gianneschi said.

Together, the scientists and their colleagues used advanced imagery techniques to examine the silk proteins, before they became fibers, within the black widow’s guts. Gianneschi and Holland credited two research scientists, Northwestern’s Lucas Parent and David Onofrei at SDSU, with much of the labor-intensive imaging work.

Holland deals with spider silk on an “atom-by-atom” basis, using a technique called nuclear magnetic resonance, or NMR — the same principle behind an MRI machine. Gianneschi’s lab uses cryo-electron microscopy. Large molecules suspended in liquid are flash-frozen in place. This keeps the molecules and their natural shape intact while scientists scan the samples with ultrapowerful microscopes. (Three biophysicists won the 2017 Nobel Prize in chemistry for developing cryo-electron microscopy.)

This work connected the two techniques. “We’re making sure what we’re seeing at room temperature in NMR and what he’s seeing after flash-freezing [are] telling us the same thing,” Holland said.

Researchers predicted that silk proteins while floating loose in the spider glands might clump together in bubbles called micelles. The authors of the new report found something more complex. They described the structures as “nanoscale hierarchical assemblies.” Put another way, they found bubbles, as predicted, but the bubbles had clumped together in an unexpected fashion.

Nature uses hierarchical assemblies all the time. Gianneschi offered a simplified example: “This would be almost like looking at a single petal on a flower. The single individual petals have structure, and they’re very interesting on their own, but when we see them in nature, we see them as an array.” If a micelle was a petal, the assembly was the flower.

The chain of events, then, goes something like this: A spider eats prey and digests its meal into the most basic parts of proteins — amino acids. The spider builds those amino acids into its own proteins, builds proteins into micelles, micelles into assemblies, and assemblies into fibers and webs. And that process is reversible — spiders can eat their own webs and reuse the same amino acids in new silk strands.

Currently, researchers can synthesize spider silk proteins, which are purified into a powder. These proteins are mixed with liquid, like adding water to cake mix. The trick is trying to spin the protein “batter” into fibers as strong as a spider’s.

In early 2017, a team of researchers announced that it had created a process to spin long artificial spider silk fibers. The technique could produce strands a kilometer in length. Janne Johansson and Anna Rising, scientists at the Karolinska Institute in Sweden who helped develop the method, wrote a joint statement to The Washington Post to evaluate the research released this week: This study paints “a more detailed picture of how spider silk proteins” go from a dissolved substance in the spider’s glands to a fiber, Johansson and Rising said.

Even with this study, scientists won’t be able to create better spider silk tomorrow. “But it will definitely provide models which the research community now can use to formulate new hypotheses for how to design [spider proteins] that can be produced in the laboratory and how to treat them and spin them,” Johansson and Rising said.

The new report potentially offers guidance on how to improve the artificial protein “batter.” The study authors plan to collaborate with the people who have made synthetic spider silk protein powders to check whether the nano-assemblies appear in the goop. “We’ve just opened a new door to explore,” Holland said.