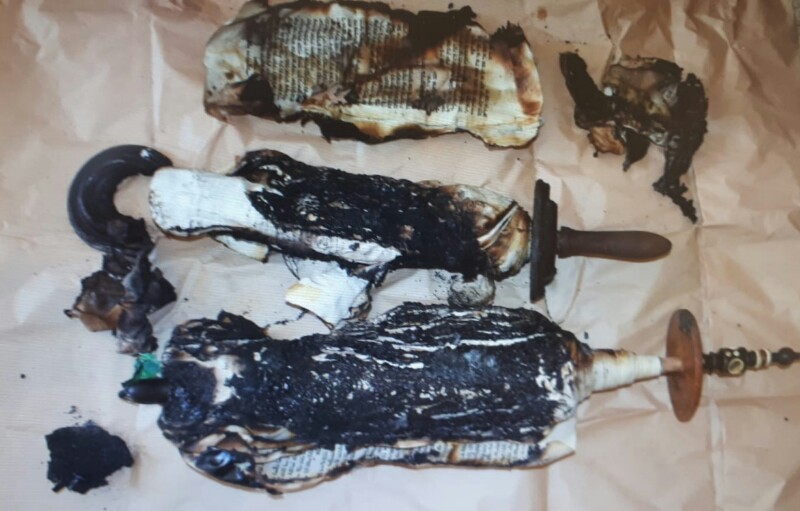 Police on Monday said they had arrested a suspect in the burning of a sefer Torah in Hadera. The suspect is a local resident. He was to be arraigned Monday morning, and police intend to ask for an extension of his remand as they collect further evidence.

Police said that the suspect, 35, lived on the synagogue’s property, and may have been mentally ill. The police statement did not discuss the culprit’s motive.