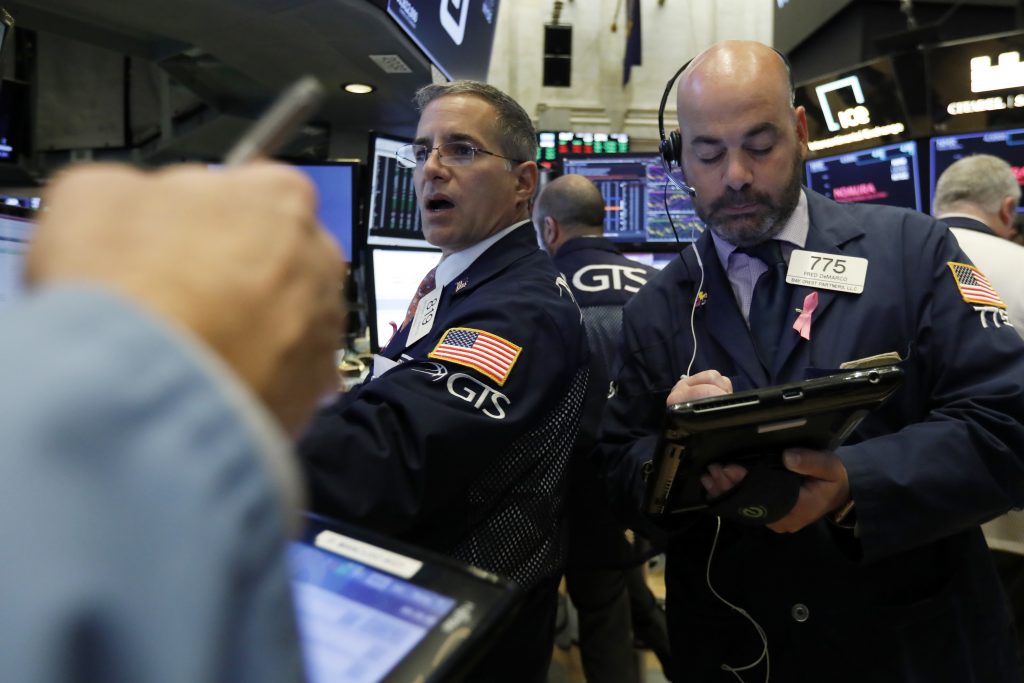 A broad slide led by energy companies and banks pulled U.S. stocks lower Monday, extending the market’s recent string of losses. Technology companies were doing better than the rest of the market. The losses, which had the benchmark S&P 500 index on track for a four-day losing streak, came as traders geared up for a busy week of corporate earnings reports. Toymakers slumped after Hasbro’s latest quarterly results disappointed investors.

EARNINGS SEASON: Investors have been worried in recent weeks about potential threats to corporate growth, including rising interest rates, trade tensions between the U.S. and China, and some sluggish reports about housing construction and sales.

This week marks the peak of the quarterly earnings calendar as many big-name companies report their latest results, including Caterpillar, Amazon and Google’s parent company, Alphabet.

“The earnings results have the potential to stabilize the market, but what investors are really keen on hearing from companies is what the sustainability of the earnings outlook is, especially in light of the concerns of the potential impact from tariffs,” said Laura Kane, head of Investment Themes Americas at UBS Wealth Management Research.

BROKEN TOYS: Hasbro slid 3.6 percent to $94.55 after the toy maker reported disappointing third-quarter results, partly due to lost sales following the demise of Toys R Us. Hasbro also said it will cut jobs as it deals with the effects of the Toys R Us bankruptcy. Rival Mattel also declined, shedding 0.2 percent to $14.19.

GOOD CHEMISTRY: Jacobs Engineering Group climbed 6.3 percent to $76.81 after the company agreed to sell its chemicals and resources business to WorleyParsons of Australia for $3.3 billion in cash and stock.

ENERGY: Benchmark U.S. crude dipped 0.2 percent to $68.95 per barrel in New York. Brent crude, used to price international oils, was flat at $79.80 per barrel in London.

The slide in oil prices weighed on energy stocks. Halliburton fell 3.3 percent to $36.32.

BOND YIELDS: Bond prices were little changed. The yield on the 10-year Treasury held at 3.19 percent.