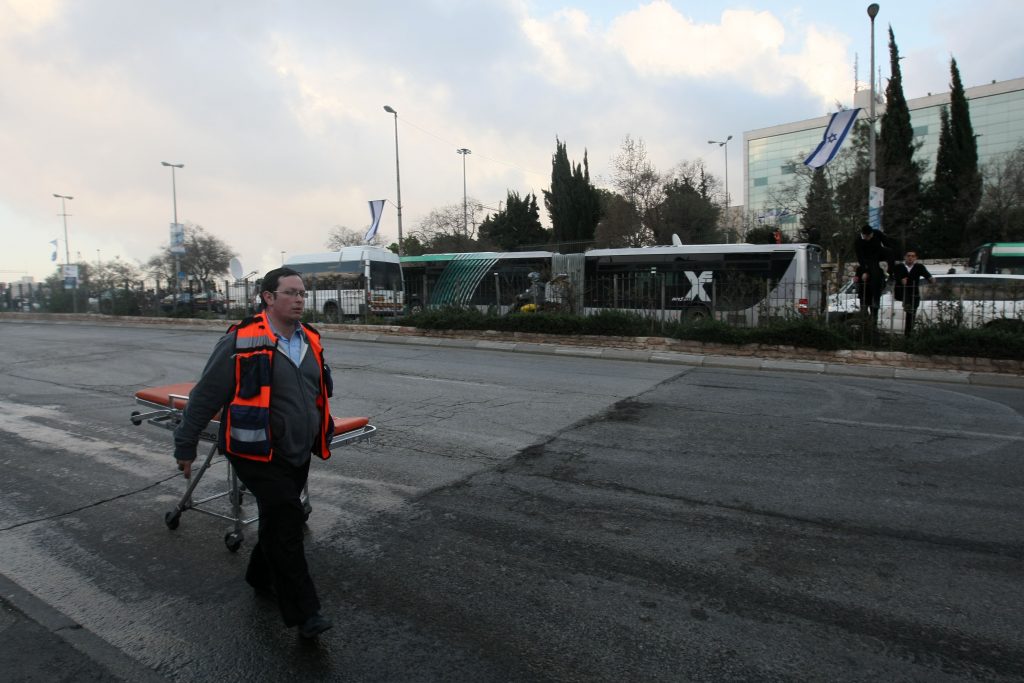 The family of Hodaya Assouline, Hy”d, a victim of a 2011 terrorist attack who was nifteres at the end of 2017, are demanding a retrial of the terrorists who put their daughter into a coma that lasted six years and ended with her death. In a letter to the military prosecutor’s office, the family cited a little-used clause of Israeli military law in Yehudah and Shomron, which allows for a “double jeopardy” trial if the victim of a terror attack subsequently dies as a direct result of the attack.

Assouline was 14 when she was injured badly in the terror attack that took place on March 23, 2011. The attack came in the form of a pipe bomb that had been hidden in a public telephone booth at a bus stop in front of Binyanei Ha’uma (Israel Conference Center) in Yerushalayim.

Killed in the attack was a British tourist, and Assouline was one of dozens injured. She was rushed to a local hospital for treatment, but doctors were unable to revive her, and she was  unconscious since the attack, passing away several years later.

The request was filed through the Assouline’s attorney, Menashe Yado of the Honenu rights organization. Yado said in the letter that at least one of the terrorists had been sentenced to 20 years in prison in a plea deal on charges of attempted murder. “We cannot accept a situation where this terrorist will not face the charges he is ultimately guilty of,” Yado said.

The four had also been found guilty of murder of another victim of the attack, Mary Jean Gardner, a 55-year-old British national who was studying at the Hebrew University. Yado said that it was necessary to try the terrorists for the murder of Assouline, who was an Israeli citizen.