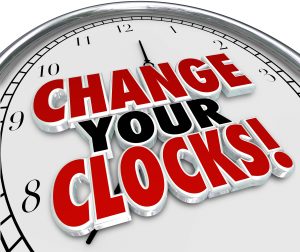 European Union countries may scrap summertime clock changes as of 2021, according to a draft legislative proposal seen by Bloomberg.

The draft, circulated to national delegations last week, foresees a ban “preventing member states from applying different seasonal time arrangements by changing their standard time more than once during the year.” Member states wishing to remain on what is currently their summertime, should move their clocks forward on March 28, 2021, while those wishing to keep wintertime can change their clocks back for the last time on Oct. 31 of the same year, according to the memo.

While each of the EU’s 28 member states can pick its time zone, switches from summertime to wintertime are centrally regulated, to avoid disruptions in the bloc’s single market. The EU Commission had proposed, with much fanfare earlier this year, an end to the decades-old practice of capitalizing on natural daylight.

The phaseout of seasonal clock changes in 2021 is a compromise tabled by Austria, which holds the rotating presidency of the EU. The bloc’s executive arm had proposed an end to the switches as of next year already, following a petition by the European Parliament and a public consultation on the matter.

The EU began to regulate daylight saving time in the 1980s by harmonizing national practices. The goal was to prevent divergent approaches from undermining the European single market for transport, communications and commerce.

The notion of daylight saving time is a lot older than that. The idea is attributed to a late British builder named William Willett, who wrote a 1907 pamphlet called “The Waste of Daylight,” and the practice was first instituted in 1916 by Germany and followed by other European countries and the U.S. to conserve energy for their World War I efforts, according to an EU Parliament study.