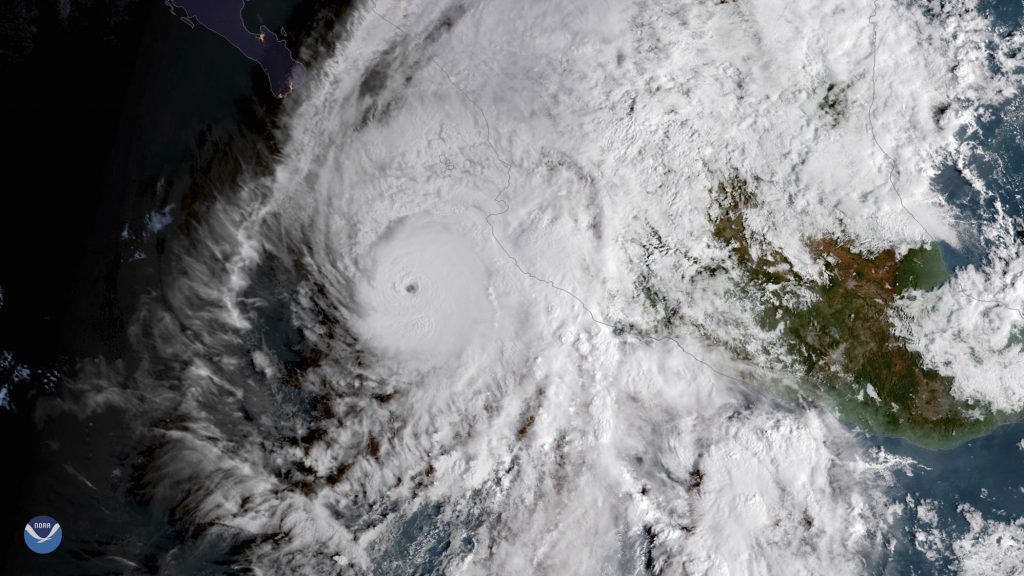 The hurricane was expected to pass over or near the Islas Marias — a set of islands about 60 miles offshore that include a nature preserve and a federal prison — early Tuesday, then blow ashore in the afternoon or the evening somewhere along a 140-mile section extending from the resort town of Mazatlan to San Blas.

It was projected to weaken somewhat before hitting land but was still expected to be extremely dangerous.

Mazatlan, with a metropolitan-area population of about 500,000, is a popular vacation spot. It is closer to the U.S. than most other Pacific resorts and home to a large number of American and Canadian expatriates.

The hurricane’s projected track also included Esquinapa, a town a few miles inland with almost 60,000 people in and around it.

As of midday Monday, Willa was centered about 135 miles south-southwest of Cabo Corrientes and was moving at 7 mph.

Hurricane-force winds extended 30 miles from the storm’s center, and tropical storm-force winds were up to 105 miles out.

The U.S. National Hurricane Center warned that Willa could bring 6 to 12 inches of rain — with up to 18 inches in some places — to parts of Jalisco, Nayarit and Sinaloa states, with flash flooding and landslides possible in mountainous areas.

Farther to the south, Tropical Storm Vicente weakened but was still expected to produce heavy rainfall and flooding over parts of southern and southwestern Mexico.