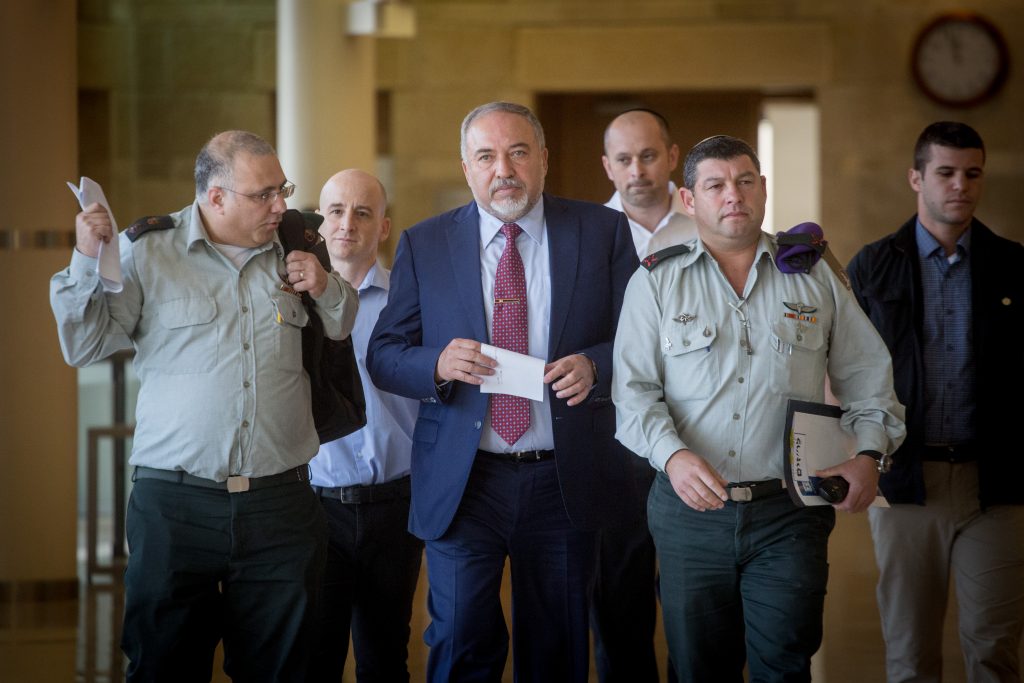 The Israeli Cabinet is reportedly considering an Egyptian-mediated proposal for Qatar to pay the salaries of Palestinian Authority employees in the Gaza Strip, including those cut by PA President Mahmoud Abbas.

The deal would be contingent on Hamas putting an end to the violent rioting on the Gaza border, and in return Qatari-funded fuel will be permitted to be trucked into Gaza, according to the Kan public broadcaster on Monday night.

Earlier in the day, however, Defense Minister Avigdor Liberman discounted the prospects of any accord with Hamas coming out of the Egypt-mediated talks.

“Nothing less than striking Hamas with the hardest and heaviest blow will help us in Gaza. It has not worked in the past, it does not work now, and it will not work in the future,” the defense minister said, referring to the talks at a meeting of the Knesset Foreign Affairs and Defense Committee.