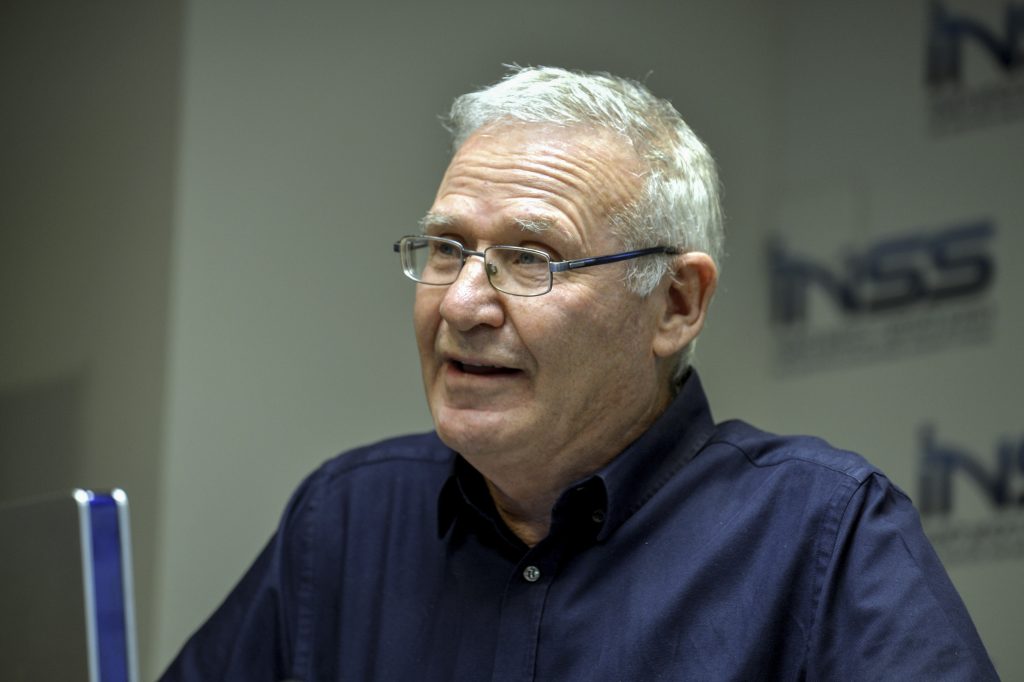 Confirming a report of the Iranian transfer of advanced missile components to Hezbollah in Lebanon, former head of Military Intelligence Amos Yadlin said on Sunday that Israel must act against the threat, despite the risk of triggering a war.

Following devastating Israeli air force strikes against Iranian military sites in Syria on May 10, the Iranians decided to shift missile weaponry to Lebanon. In particular, the transfer of GPS missile components that will enable the terrorist organization to convert ordinary projectiles into precision-guided ones, will likely force a confrontation.

“It is more problematic for Israel, since to this day, it has not attacked the Iranian consolidation in Lebanon or Hezbollah’s weaponry, and now there are missile conversion factories. According to the report, these are missiles that strike at a distance of several kilometers. This poses a very difficult dilemma for Israel,” Yadlin, currently chairman of the prestigious INSS (Institute for National Security Studies), explained in an interview with Ynet.

When asked if an IAF takeout of the factories will lead to wider war, Yadlin conceded:

“This should be the working assumption. Of course, it will be necessary for the Israeli Intelligence Community to give an estimate of the chances of war, and whether there are courses of action that on the one hand achieve the goal and on the other hand do not escalate the situation and start a war. In Syria, the IDF learned how to formulate such a course of action that did not lead to war.”

For 12 years, Israel has essentially stood by and watched as Hezbollah amassed tens of thousands of missiles, but Yadlin believes that it can no longer afford to do so.

“If Israel does not do anything, Hassan Nasrallah’s organization will turn its missiles and rockets into precision missiles. The price will be paid in war,” he predicted.

That is because the new technology will significantly increase the danger to Israel.

“As long as they don’t have precision missiles, it is a terrorist weapon factory— it cannot attack our important power centers in Israel, intelligence bases, air force bases, the Kirya base, or power stations. Today, Hezbollah can mostly strike innocent civilians, but damage to Israel’s military can only be caused by precision missiles.”

“The prime minister and defense minister announced, both in Israel and abroad, that Israel will not accept this change. The transition from announcements, speeches and declarations to action is the most difficult part. We need to see where the government is heading,” Yadlin concluded.