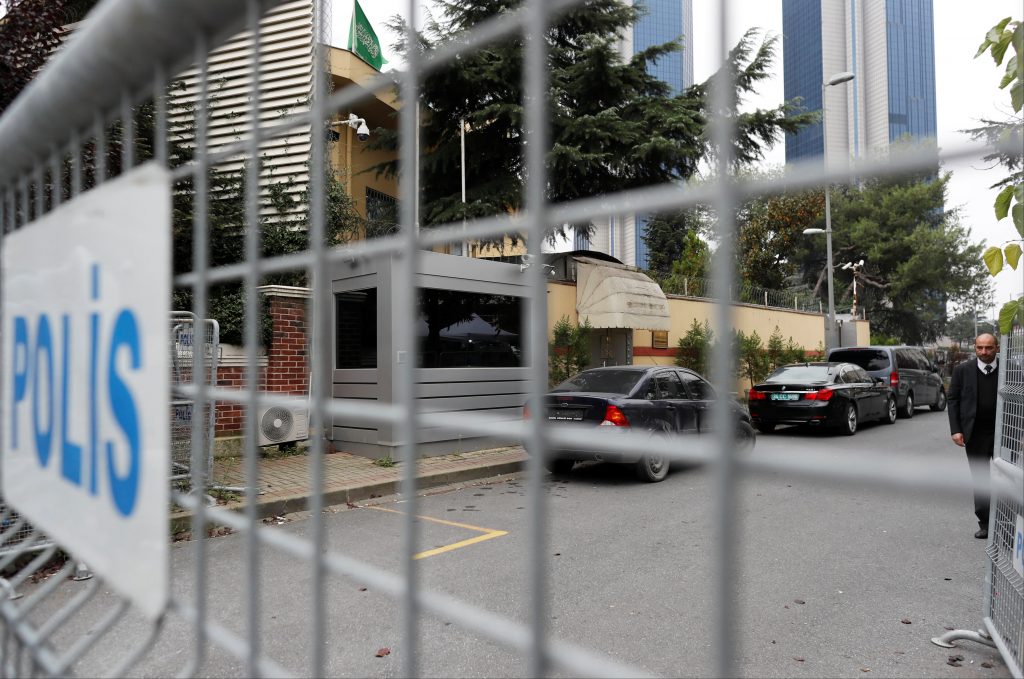 Turkish President Tayyip Erdogan said he would make all necessary statements about the killing of the Saudi journalist Jamal Khashoggi at a meeting with members of his ruling AK Party in parliament on Tuesday.

His comments are likely to heighten speculation that Turkey may be about to reveal some of the results of its investigations into the killing of the dissident journalist, a Washington Post columnist and U.S. resident, who disappeared after entering the Saudi consulate in Istanbul on Oct.2.

On Saturday, after weeks of denying any involvement in Khashoggi’s disappearance, Saudi Arabia said the 59-year-old died in a fistfight at the consulate. The crisis has shaken Western confidence in the world’s top oil exporter and its de facto ruler, Crown Prince Mohammed bin Salman

“I will make my statement about this issue on Tuesday at the party group meeting,” Erdogan said in a speech in Istanbul on Sunday.

Erdogan has remained largely silent on the case, although Turkey’s pro-government newspapers have released information detailing a 15-member team that purportedly arrived in Istanbul to confront Khashoggi at the consulate.

“Why 15 people came… why 18 people were detained… These things have to be told in detail,” Erdogan said.

Saudi Arabia’s public prosecutor on Saturday said 18 people were arrested in connection with the incident.

Turkish sources say the authorities have an audio recording purportedly documenting Khashoggi’s murder inside the consulate.

Pro-government Turkish newspaper Yeni Safak, citing the audio, said his torturers cut off his fingers during an interrogation and later beheaded him.