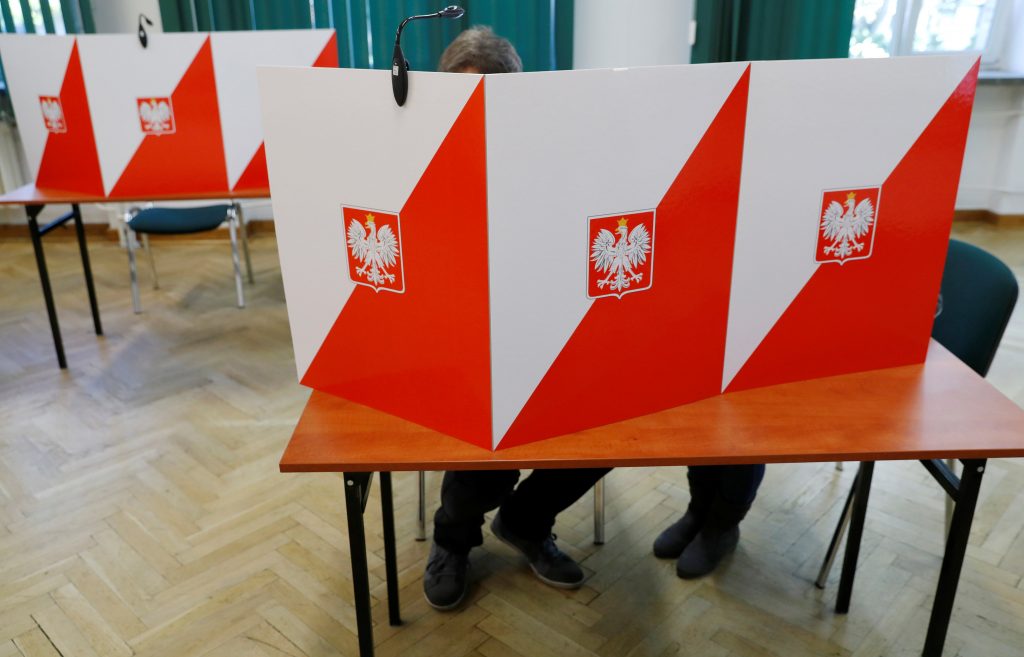 Poland’s ruling Law and Justice (PiS) party scored modest gains in regional government in Sunday’s election, an exit poll showed, a result likely to embolden the Eurosceptic PiS in its conflict with the European Union over democratic standards.

PiS swept into power in 2015 on a promise of voter-pleasing welfare reforms, social conservatism and a bigger state role in the economy. It remains broadly popular, despite accusations at home and abroad of a shift towards authoritarian rule.

The party won some 32.3 percent of votes for provincial assemblies, compared with 26.9 percent in a vote four years earlier. A coalition of centrist opposition parties was set to win some 24.7 percent, the poll by Ipsos pollster showed.

“This result bodes well for the parliamentary election,” PiS leader Jaroslaw Kaczynski said after the exit poll was released.

In the closely-watched race for mayor of the capital Warsaw, however, the PiS candidate, Patryk Jaki, 33, came in second place after Rafal Trzaskowski, 46, a pro-EU centrist.

Final results of the election will be released by the electoral commission by the middle of the week.

The election is part of a larger battle over Europe’s future, as Brexit and Hungary’s Viktor Orban – who, like PiS, believes the EU’s powers should be reined in – shake up the bloc and right-wing parties make gains across the continent.

While exit poll results cannot give a clear indication of how many of Poland’s 16 provincial assemblies will fall under PiS control, any gains will mean better access to local funding. That could affect a general election in 2019.

“I don’t believe in a liberal democracy, because it leads to anarchy,” said Stanisław Lawniczak, 68, a real estate manager who voted for PiS candidates in Warsaw.