World OPINION: The Myth of the Modernizing Dictator
World 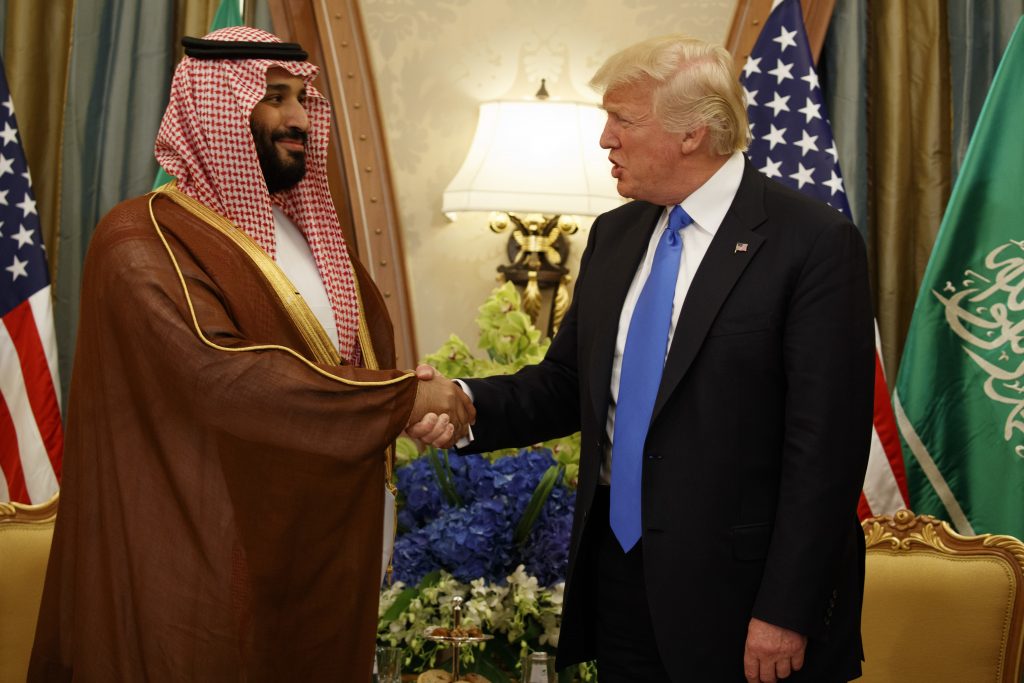 Many Americans have an odd fascination with the idea of the reforming autocrat, the strongman who can “modernize” and lead his nation out of its backward and benighted past. This was the hope for Crown Prince Mohammed bin Salman of Saudi Arabia, a hope now somewhat diminished by the hit he appears to have ordered against Washington Post contributing columnistJamal Khashoggi in Turkey.

Sympathetic Americans saw Mohammed, or MBS, as he is known, as a transformational figure seeking to reform Saudi Arabia’s one-commodity economy and to reconcile Islam and modernity. If doing so required more not less dictatorial control, if it entailed locking up not only fellow members of the royal family but also women’s rights activists, moderate religious figures and even young economists raising questions about the dubious figures contained in his “Vision 2030” program, then so be it. Only a “revolution from above” held any promise of reforming that traditionalist, hidebound society. You know – omelets, eggs.

The trope isn’t new. During the 1920s and 1930s, Benito Mussolini, Joseph Stalin and even Adolf Hitler looked to many Americans like just what their countries needed to get them into shape. During the Cold War, leaders including the Philippines’ Ferdinand Marcos, Iran’s Mohammad Reza Pahlavi, South Korea’s Park Chung-hee and Chile’s Augusto Pinochet took turns as the United States’ favorite “modernizing” dictators. In the post-Cold War era, the Chinese dictatorship has gained many Americans’ admiration for its smooth handling of the country’s economy.

Justifying all this sympathy for the dictator have been variations on what used to be called “modernization theory.” Developing societies, the argument ran, had to move through an authoritarian stage before they could become democracies, for both economic and political reasons. Only authoritarian governments could be trusted to make the right economic decisions, unhampered by popular pressures for inflationary and deficit-raising spending.

Moreover, non-Western societies allegedly lacked many of the basic elements necessary to sustain democracy – the rule of law, stable political institutions, a middle class, a vibrant civil society. Pressing democracy on them prematurely would produce “illiberal democracy” and radicalism. The role of the reforming autocrat was to prepare these societies for the eventual transition to democracy by establishing the foundations for liberalism.

During the 1960s, the political scientist Samuel P. Huntington argued that what modernizing societies need is order, not liberty. During the late 1970s, Jeanne Kirkpatrick used this argument as U.S. ambassador to the United Nations to defend supporting “friendly” right-wing dictatorships – on the theory they would eventually blossom into democracies if the United States supported them against their opponents, but would give way to radical, communist governments if the United States withdrew support.

It is remarkable how much power these kinds of arguments retain, despite their having turned out to be mostly nonsense. Kirkpatrick had it exactly backward. Communist governments were the ones that undertook reforms that led to their unraveling and a turn to democracy, however feeble. Meanwhile, authoritarianism persisted in the Middle East and elsewhere, except where the United States did withdraw support, as in the Philippines, South Korea and Chile; only at that point did they become democracies.

As a purely factual matter, it turned out that dictatorships do not do a better job of producing economic growth. And economic growth has not proved the secret to democracy. We are now a quarter-century into expectations that Chinese economic growth, which has created a substantial middle class, would inevitably lead to greater political openness. Yet the trend has been in the opposite direction, as Chinese ruler Xi Jinping centralizes all power to himself and the government experiments with ever more thorough methods of political and social control.

As for the “liberalizing autocrat,” he turns out to be a rare creature indeed. Autocrats, as it happens, are disinclined to lay the foundations for their own demise. They do not create independent political institutions, foster the rule of law or permit a vibrant civil society precisely because these would threaten their hold on power. Instead, they seek to destroy institutions and opposition forces that might someday pose a challenge to their dictatorial rule. Why should we expect otherwise?

Yet we do, and for a variety of reasons. Some are simply racist. Much like the racial imperialists during the 19th century, we just assume that some people aren’t ready for democracy, or that their religious or historical traditions did not prepare them for democracy. Another reason springs from dissatisfaction with the messiness of our own democracy. There is a certain palpable yearning for the strongman who can cut through all the political nonsense and just get things done – a yearning that our current president plays to very effectively.

Then there is our fear of what democracy elsewhere might produce. During the Cold War, it was demands for greater economic and social justice, and possibly at the expense of U.S. investments; today, it is demands for a society and a polity more in consonance with Islamic teaching. We fear what people allowed to make their own choices might choose, so we prefer “revolution from above.”

And, of course, there are our strategic interests. We wanted allies against the Soviet Union; now, we want allies against Iran. What we discovered during the Cold War, however, and may be discovering again today, is that these supposed allies may not be quite the bulwarks we had hoped. Their methods of dealing with their opponents may create more radical opposition and make a revolution more likely, not less. In both Egypt and Saudi Arabia, we may ultimately find that supporting dictators in those countries produces precisely the outcome we had hoped to avoid. Then the weapons we begged them to buy from us will wind up in the hands of the very radicals they were supposed to save us from.

Today, the Saudi crown prince’s U.S. supporters are asking how he could have been so foolish if he, as it appears, ordered the murder of Khashoggi. But who are the fools here? Dictators do what dictators do. We are the ones living in a self-serving fantasy of our own devising, and one that may ultimately come back to bite us.

Kagan is a senior fellow at the Brookings Institution.