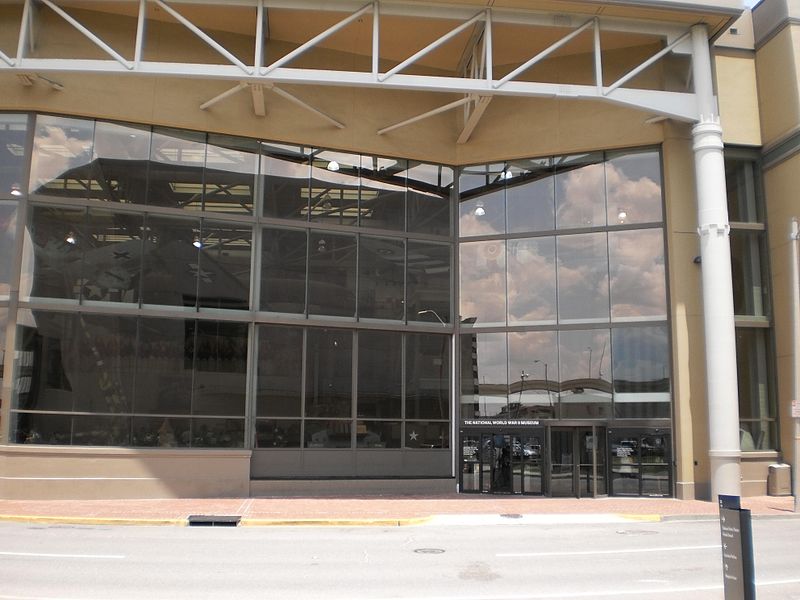 The Taube Foundation’s pledge will pay for lectures, movie screenings, partnerships, research and personal accounts of the Holocaust, the museum said.

The new Taube Family Holocaust Education Program “will ensure public remembrance of the atrocities that led to the genocide of more than six million Jews,” a news release said.

“As the WWII generation passes away, The National WWII Museum has been entrusted to continue telling their stories to future generations – especially the important story of the Holocaust,” said Stephen J. Watson, its president and CEO. “The gift from Taube Philanthropies makes it possible for the Museum to expand its teachings about the atrocities of the Holocaust and why we should all stand together against genocide.”

The new program’s formal launch will be Thursday, with a screening of a new film, thats based on historian Samuel Kassow’s book, published in 2009.

Kassow will be among the speakers at a daylong symposium on the question “What do we do when the witnesses are gone?”

The book and documentary tell how Polish Jewish historian Emanuel Ringelblum kept a secret archive of life in the Warsaw Ghetto to ensure those people and their lives would be remembered.

He created a clandestine group in the ghetto to write about the lives of thousands of Polish Jews as they starved, suffered and were hauled away to death camps. Ringelblum and his team buried their documents in milk canisters and metal containers, hoping they would be found after the war.

One of the documents Kassow describes is by David Graber, one of the people who buried the archive. He wrote, “What we were unable to cry and shriek out to the world we buried in the ground.”

Taube Philanthropies’ founder and chairman Ted Taube fled Poland as a child in 1939 and has dedicated himself to supporting Polish Jewish and educational causes.

“Many initiatives of Taube Philanthropies focus on World War II, the deep and powerful effects of which continue to influence world events,” he said. “The new Holocaust Education Program is critical as Americans are remembering less and less about the war and the lessons of the Holocaust.”