World Migrant Caravan Swells to More Than 5,000 as Group Marches Toward U.S.
World 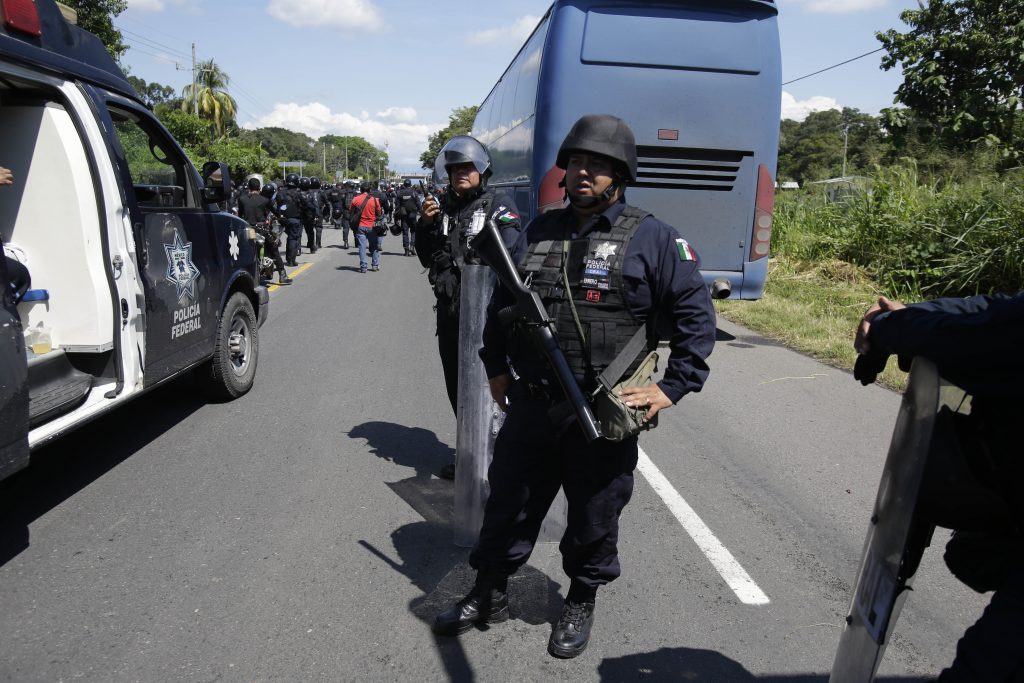 As the caravan of Central American migrants left the Mexico-Guatemala border, walking north in the heat, it became clear that the group had swelled in number.

“We believe there are at least 5,600 now, and we expect more to join us” in the nearby city of Tapachula, said Rodrigo Aveja, one of the group’s organizers.

The group appears to be at least double the size of the caravan that wound through Central America and Mexico this spring, prompting outrage from President Donald Trump ahead of the administration’s policy of family separation.

Through Sunday morning, officials in Mexico had done little to stop the group from crossing into the country from Guatemala. Most members of the caravan crossed the border illegally by raft.

The border between Mexico and Guatemala has long been famously porous. On most days, goods are traded by raft, while authorities from both countries stamp passports on the official bridge above. It has never been particularly hard for migrants to cross the border here, and the caravan’s arrival has made law enforcement even more difficult, despite Mexico’s recent deployment of additional federal police.

But on Sunday afternoon, police set up two checkpoints and appeared prepared to block the migrants.

“We are here to enforce our country’s laws,” said one senior police officer, who declined to give his name.

Other police said they planned to offer migrants a chance to secure legal paperwork in a local shelter but would not detain or deter them if they refused.

President Trump seems to hope that the migrant caravan will galvanize his base ahead of next month’s midterm elections. He played up the threat as he stumped for GOP candidates this past week.

“These are some bad people coming through. These aren’t babies, these aren’t little angels coming into our country,” he said Friday at the White House.