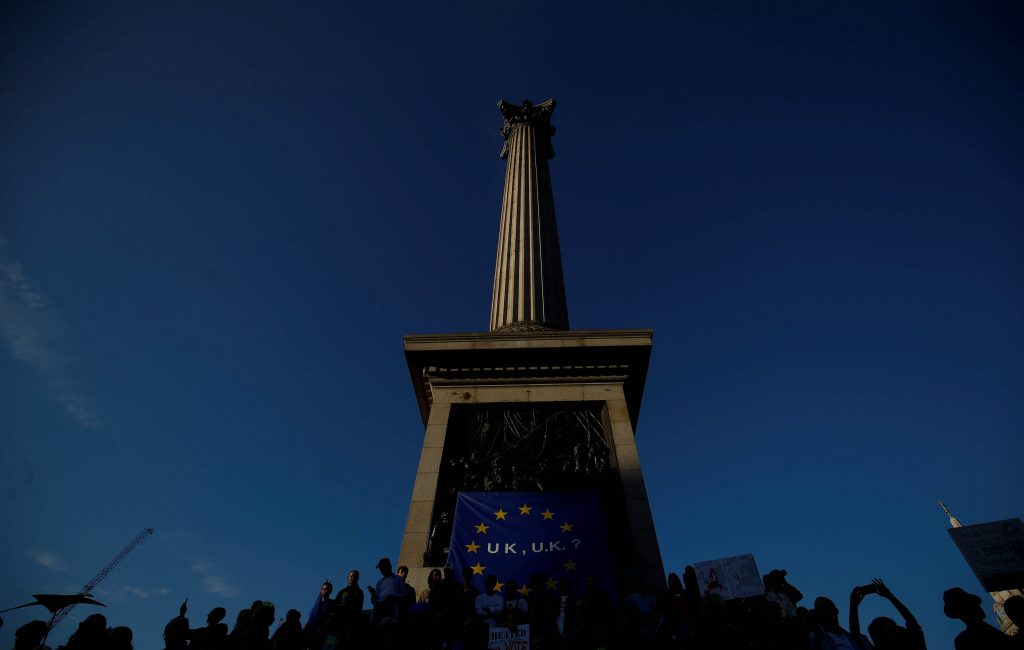 More than half a million people from across the United Kingdom gathered Saturday in London for a protest march opposing the nation’s pending departure from the European Union.

The march, which organizers said drew more than 600,000 people to west London’s Park Lane, was called by People’s Vote, a group campaigning for the public to have a say on a final Brexit deal to prevent the ruling Conservative government from forcing it through Parliament.

A meeting of European Union leaders in Brussels this week, at which an agreement was to have been struck, instead ended with major hurdles to be overcome. As the March 29, 2019 deadline when Britain is to leave the EU draws closer, the twists and turns in negotiations have the general public divided, investors and businesses anxious and the pound weaker.

“Some of the promises made two years ago clearly have not materialized,” London Mayor Sadiq Khan said in comments posted on the group’s website before the rally. “Nobody was talking about a bad Brexit deal, nobody was talking about no deal whatsoever. The British public should have a say on whether they accept the outcome of those negotiations, with the option of staying in the EU.”

The U.K. and EU have missed several deadlines to reach an agreement on the U.K.’s departure, reinforcing the stance of so-called hard Brexiteers who argue that leaving the EU without a deal is preferable to yielding to the bloc’s demands. Pro-EU campaigners argue that the British public has been misled with false promises, and that a hard Brexit will leave everyone worse off.

Participants in the march, who included teenagers to the elderly, chanted, “Hey Hey Theresa May, give us all a final say,” as they walked along the route through central London. Marchers held up banners suggesting they came from all corners of the country, while others were Spanish, French and Italian.