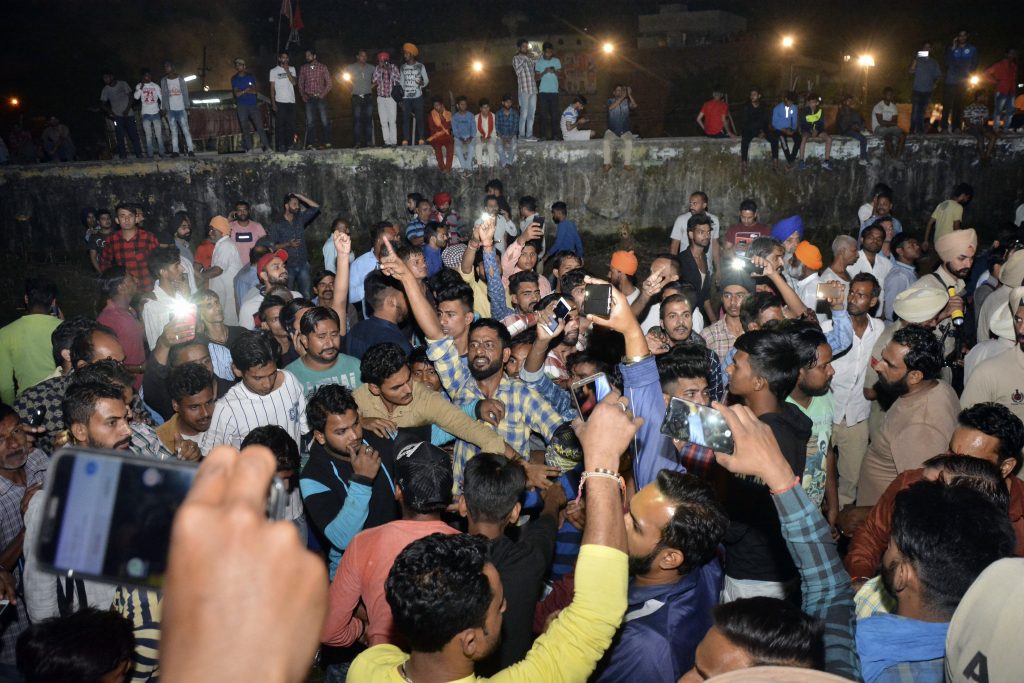 Indian police Saturday began investigations after a train struck and killed 60 people watching fireworks during a religious festival, as new evidence emerged showing negligence by organizers and the railways.

The victims, who included 134 people who were injured, were standing on the railway tracks in the northern city of Amritsar to watch the religious ceremony.

Those who were mowed down could not hear the approaching train because of the exploding firecracker-filled ritual, officials said. Most of the victims were poor migrant workers.

Police detained the train driver for questioning. Official sources told the IANS news agency that the driver claimed that he was given a green signal and an all clear, and that he had no idea there were hundreds of people on the tracks.

Questions were been raised as to how permissions were granted to hold the Dussehra celebrations near the railway tracks.

Even if the event was allowed, why were there no efforts to reroute or stop the train, local politicians asked.

Senior officials said Indian Railways was not informed about Dussehra celebrations near the tracks.

“It would be wrong to say Railways is responsible for the accident. It is the main line meant for fast-moving trains,” said Indian Railways board Chairman Ashwani Lohani. “People were watching celebrations from train tracks. People need to be more alert; they must not trespass on railway tracks.”

Local media reported that railway officials were questioning the lineman who gave the train the green signal and did not inform the driver about the crowds on the tracks.

At the same time, the organizers of the event, belonging to the ruling Indian National Congress party, were also blamed for not seeking permission for the event and negligence in allowing the crowds on the rail tracks.

Later Saturday, videos taken on phones emerged as key pieces of evidence, showing that organizers were well aware of crowds standing on the tracks.

“Madam, look here, these people don’t care about standing on tracks. Even if 500 trains pass by, over 5,000 people will be standing on tracks for you,” an event organizer says to Navjot Kaur Sidhu, a politician, in a video obtained by Times Now.

Witnesses told broadcaster NDTV that many people were standing on the tracks, which were on higher ground, to get a better view of the fireworks.