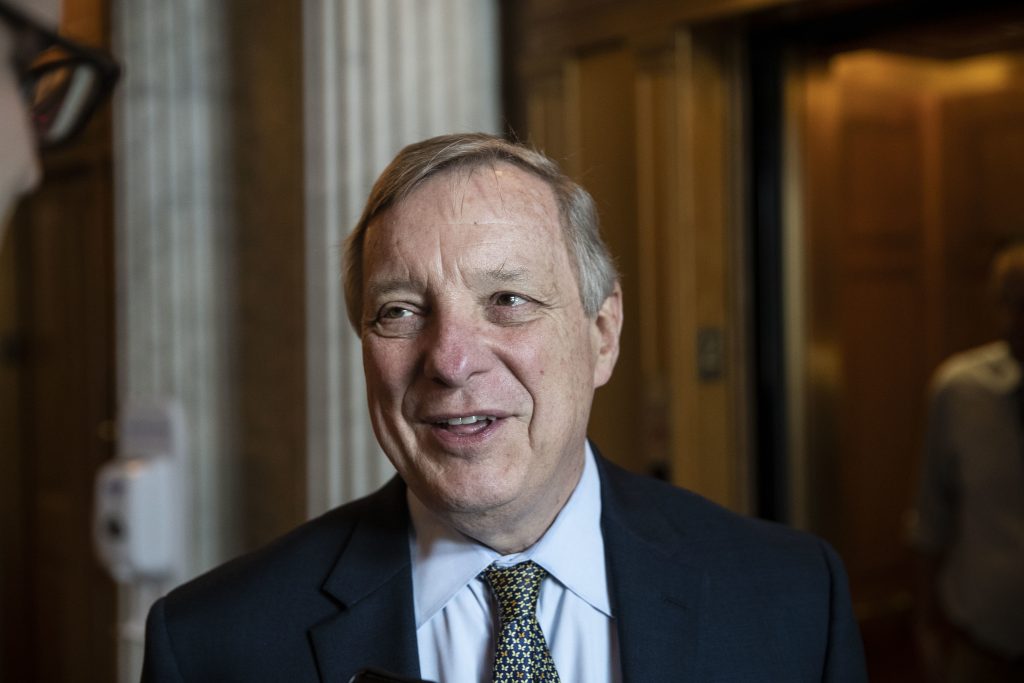 Senate Minority Whip Richard Durbin, D-Ill., said Sunday that working with President Donald Trump on certain issues is “a message that plays across the United States,” striking a more bipartisan note than other members of his party ahead of next month’s hotly contested midterms.

In an appearance on NBC’s “Meet the Press,” Durbin was asked about a recent Senate campaign ad for Rep. Jacky Rosen that emphasizes the Nevada Democrat’s efforts to work with both parties.

Asked about the ad, Durbin said Rosen “obviously knows the pulse of Nevada.”

“She has come forward with a message that plays across the United States: Agree with the president when he’s right, be prepared to fight him, if necessary, when he’s wrong,” Durbin said.

He went on to tout his own efforts to work with the Trump administration to improve the transparency of TV ads for prescription drugs, before returning to a more partisan theme moments later.

“But there are many differences, and they get down to pre-existing conditions, these basic entitlement programs, and making sure that this president has someone in Congress who’s going to keep an eye on him when he goes to an extreme position,” Durbin said.

Rosen is vying to unseat Republican Dean Heller in one of the country’s most competitive Senate races. Mr. Trump campaigned for Heller on Saturday, while former Vice President Joe Biden spoke at a rally for Nevada Democrats the same day.