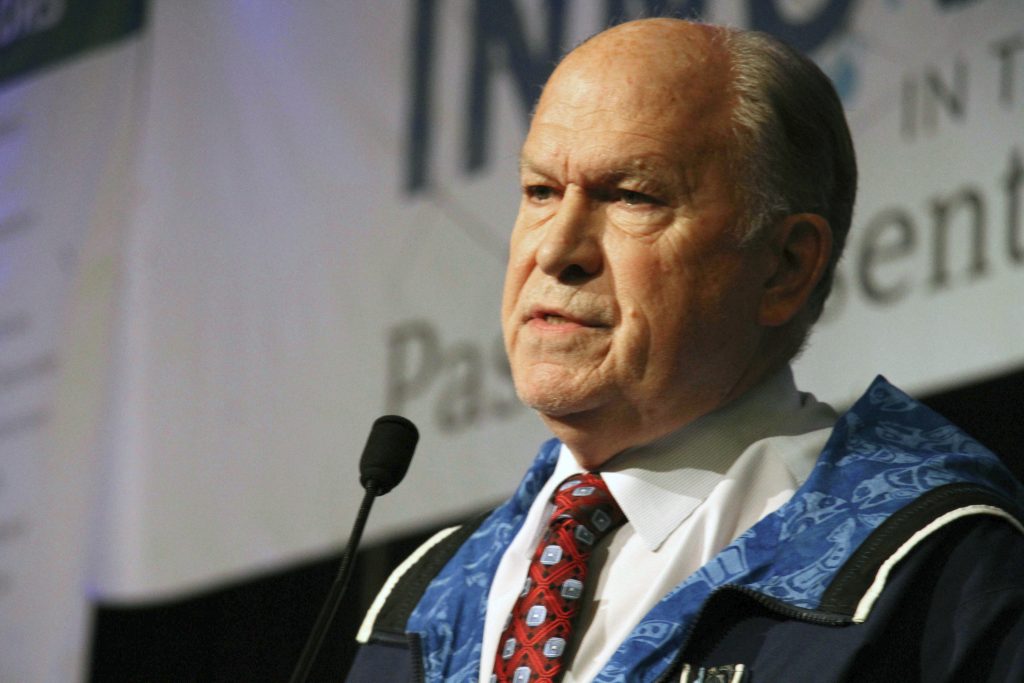 Alaska Gov. Bill Walker’s surprising announcement that he was quitting his bid for re-election with less than 21 days to go was an effort to boost Democratic rival Mark Begich’s chances of beating Republican Mike Dunleavy.

Walker, the only independent governor in the country, said Friday he could not win a three-way race and that Alaskans deserve a choice other than Dunleavy. There are a lot of things he and Begich don’t agree on, but Walker said Begich would be better for Alaska.

Whether Begich can overtake the presumed front-runner remains to be seen with two-and-a-half weeks before the election. Begich, who said his campaign was “inundated” with calls after Walker’s announcement, thinks he can win.

Some Democrats and independents had long worried Walker and Begich would split the vote, handing the race to Dunleavy. Walker, a former Republican, was elected in 2014 with Democratic support. The clincher for Walker’s decision to leave the race, it appears, was his lieutenant governor’s abrupt resignation days earlier.

Key issues in the race are crime, the economy and the future of the annual check Alaskans receive from the state’s oil-wealth fund, the Alaska Permanent Fund.