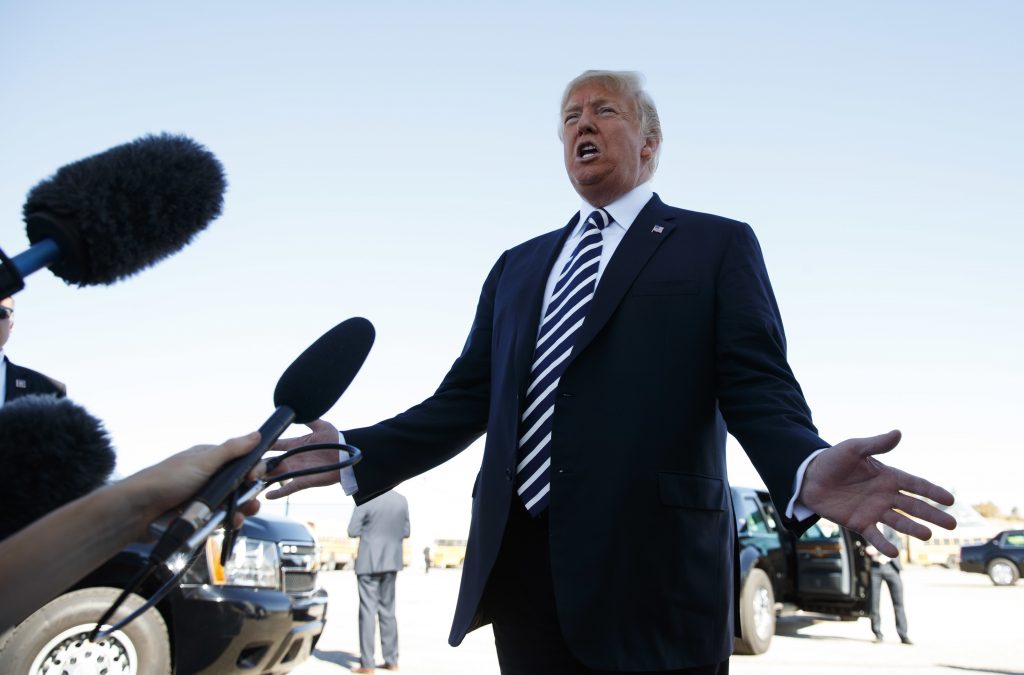 President Donald Trump said Saturday that Republicans are planning to implement a “very major tax cut” for middle-income earners before next month, even though Congress is out of session until after November’s midterm elections.

After his campaign rally in this northeastern Nevada town, Trump talked up the new round of tax cuts, but did not go into specifics. He said the cuts would be done “sometime just prior, I would say, to November.”

It was not precisely clear what Trump was referring to, and the White House did not immediately respond to a request for clarification. One official familiar with the discussions said Trump has pushed congressional leaders to introduce another tax cut package before the Nov. 6 election.

But that appears highly unlikely, as lawmakers are out of Washington, and there are no plans for either chamber to reconvene before their regularly scheduled return on Nov. 13.

Rob Damschen, a spokesman for House Ways and Means Committee Chairman Kevin Brady, R-Texas, deferred to the White House for specifics on a new tax proposal.

“There is continued interest in building on the success of the Tax Cuts and Jobs Act and constantly improving the tax code for hard-working families and America’s small businesses,” Damschen said.

The House in late September passed a second round of tax cuts that would permanently extend rates for individual earners. Under the new GOP law, those cuts expire after a decade.

Rep. Jacky Rosen, the Democratic Senate candidate in Nevada, voted in favor of extending the individual tax cuts permanently even though she opposed the initial tax bill. However, the Senate, where 60 votes are needed to pass most legislation and Republicans control only 51 votes, has no plans to take up the bill.

“Now the last was for middle-income and for business and our business is now coming back because of it,” Trump said. As for the latest tax plan, Trump said, “Kevin Brady’s working on it, [House Speaker] Paul Ryan is working, we’re all working on it.”

The Treasury Department has also been looking into a tax change that would not need congressional approval by studying whether to allow investment income – or capital gains – to be adjusted for inflation in a way that shields more of it from being taxed.