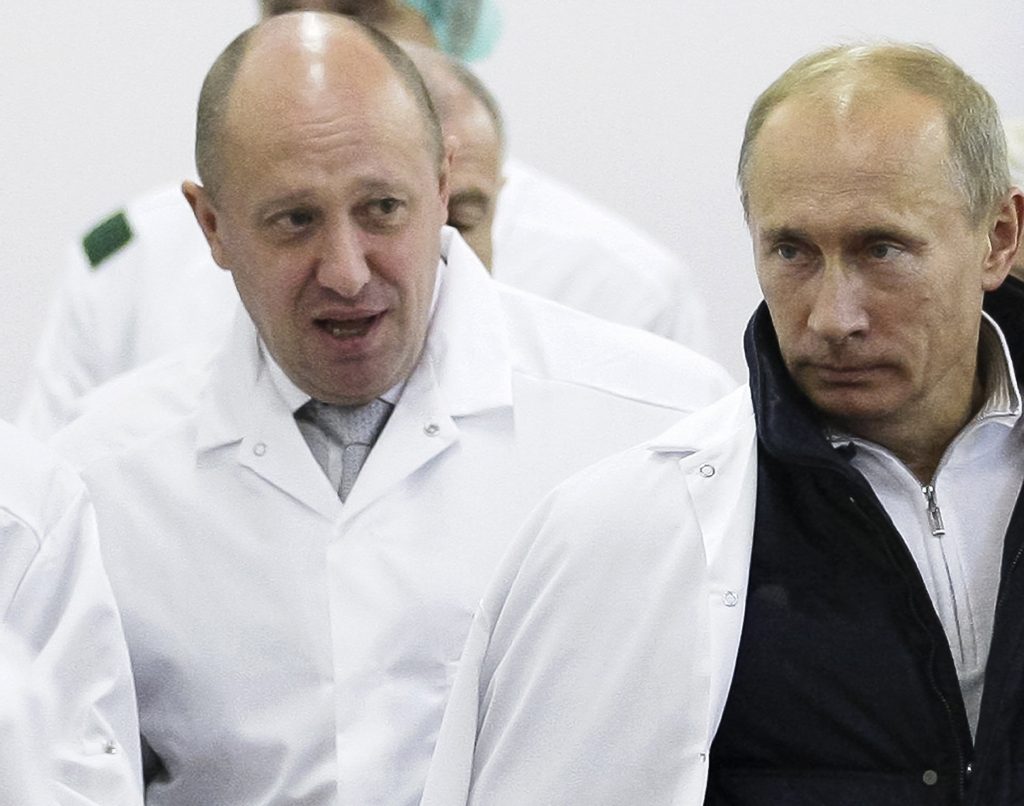 The U.S. government on Friday charged a Russian national with playing a key financial role in a Kremlin-backed plan to conduct “information warfare” against the United States, including ongoing attempts to influence next month’s congressional elections.

Elena Alekseevna Khusyaynova, 44, became the first person charged with a crime for attempting to interfere in the 2018 U.S. midterm elections, according to a government official with knowledge of the investigation.

Khusyaynova was the chief accountant for Project Lakhta, an operation started in 2014 and financed by a Russian oligarch close to Russian President Vladimir Putin and two companies he controls, according to a criminal complaint.

The case against Khusyaynova was unsealed on the same day that U.S. law enforcement and intelligence agencies issued a warning about attempts by Russia, China, Iran and other foreign entities to interfere with Nov. 6 congressional elections, in which Trump’s Republicans are trying to maintain majority power in Congress, and national elections in 2020.

The complaint detailed new examples of Russians using fake personas on social media to stoke divisions over race, gun rights, voter fraud and other contentious issues. Some messages targeted next month’s elections, indicating the operation has not been deterred by Mueller’s indictments earlier this year.

“This one shows that the threat from Russia is not over,” said Barbara McQuade, a former U.S. Attorney in Michigan. “This is a true propaganda war.”

Russia called the allegations an attempt by the United States to fabricate a pretext to impose sanctions as part of a “disgraceful slander campaign” against Moscow.

“Have been spreading impudent lies about the mythical ‘hand of Moscow’ for more than two years – since the previous presidential election – Washington is now trying to play the same card,” Deputy Foreign Minister Sergei Ryabkov said in a statement on Saturday.

“The United States clearly overestimates its own capabilities. By demonstrating hostility towards Russia and a contemptuous attitude towards the whole world, it will only be getting an increasingly strong pushback,” he added.

Using social media and other avenues, the Russians are waging “information warfare against the United States,” to sow distrust in the political system, according to the complaint, which charged Khusyaynova with conspiracy to defraud the United States.

The complaint included social media posts that were both critical of Republicans and supportive of President Donald Trump. One post in March, for example, suggested Trump deserved the Nobel Peace Prize for his negotiations with North Korean leader Kim Jong Un aimed at denuclearization.

Trump, who at a news conference in Helsinki in July with Putin cast doubt on his own intelligence agencies’ findings that Russia had meddled with the 2016 election, dismissed the latest charge against Russia as unrelated to him.

“It had nothing to do with my campaign,” Trump told reporters in Scottsdale, Arizona. “If they are hackers, a lot of them probably like Hillary Clinton better than me.”

The Khusyaynova case is being prosecuted by assistant U.S. attorneys in the Eastern District of Virginia. It is not being handled by Mueller because it touches on the 2018 elections, which is not part of his remit, the government official said.

Khusyaynova oversaw the financial operations for the project, which had a proposed budget of $35 million for January 2016 to June 2018 and used those funds to wage similar campaigns in the European Union and Ukraine, in addition to the United States.

“It is a global campaign for a regime that views democracy as an existential threat,” said John Carlin, former U.S. Assistant Attorney General for National Security.

Khusyaynova, who is a resident of St. Petersburg, Russia, and is not in U.S. custody, billed Prigozhin and his companies to pay for advertisements on social media, and for “development accounts” on Twitter, the complaint says.

Prigozhin has been dubbed “Putin’s cook” by Russian media because his catering business has organized banquets for the Russian leader and other senior political figures. He has been hit with sanctions by the U.S. government.

The criminal complaint said there was no evidence that Khusyaynova or others in the conspiracy succeeded in impacting the outcome of any U.S. election.

In their joint statement on Friday the Office of the Director of National Intelligence, Justice Department, FBI and Department of Homeland Security also said they did not have any evidence that anyone went far enough to prevent voting or change vote counts. Some state and local governments, which run polling sites, have reported attempts to access their networks, but officials were able to “prevent access or quickly mitigate these attempts,” the statement said.

Mueller’s office has not announced any new indictments since July when it charged 12 Russian intelligence officers who were accused of hacking Democratic computer networks as part of Russian meddling in the 2016 U.S. election.

Mueller has been widely expected to remain quiet in the run-up to the November elections to avoid actions that might sway votes.

But the decision to unseal the Khusyaynova case now appears to reflect changes to Justice Department guidelines last month instructing U.S. attorneys to lean towards disclosing foreign influence operations as a means of deterrence, Carlin said.

The Khusyaynova case shows “in detail that when we talk about Russian interference it is not something in history it is now,” Carlin said. “Making it public is an important way to neutralize them.”