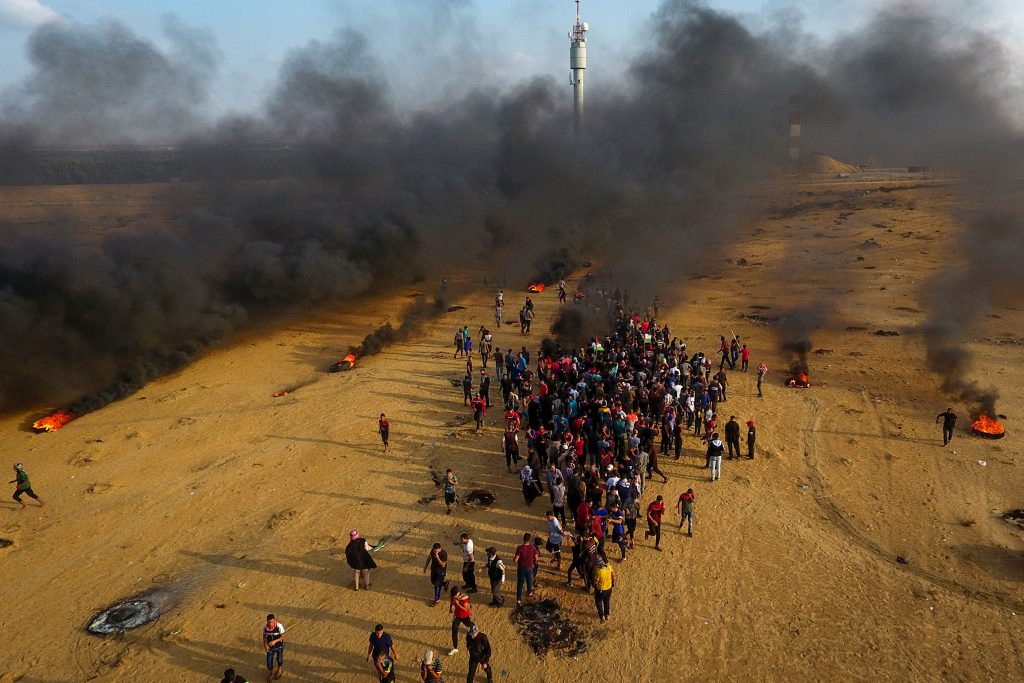 Rioters lit many fires, burning tires and other combustible material, with the acrid smoke wafting over the border into Israel, making breathing outdoors difficult for the ill and elderly. Meanwhile, balloon and kite terror efforts continued apace; at least four fires were reported over Shabbos in the Gaza border area, started by balloons with flammable material attached. There were also several attempts on Friday, and one attempt on Shabbos morning, by Gaza terrorists to breach the border fence.

On Thursday, it was reported that the government had decided to finally clamp down on the ongoing terror. After a lengthy security cabinet meeting Wednesday in the wake of the firing of a Grad rocket at Be’er Sheva Tuesday, the security establishment is prepared to take more aggressive action against Hamas, MKS and ministers said Thursday. According to reports, the ministers ordered the IDF to “gradually increase” its responses to Gaza border fence rioting, balloon terror, tire burning, and the other phenomena that have accompanied the recent increase in Gaza terror. Commenting on the reports, Housing Minister Yoav Galant, a member of the security cabinet, said that he could not discuss details, “but I can say that the rules are about to change.” Speaking at a conference of builders in Eilat, Galant said that Israel “will no longer tolerate the balloon terror and fence terror it has been subjected to.”

But it appeared that Israel was moving away from the likelihood of an aggressive effort to halt Gaza terror. In a statement, the IDF downplayed the rioting. “Some 10,000 people participated in disturbances along the security fence. As opposed to the situation in recent weeks, most of the rioters remained in the interior of Gaza and did not reach the security fence. Hamas attempted to restrain its actions. The IDF operated to break up the riots. We will not continue to accept this situation. We expect the terror to stop,” the statement said.

Meanwhile on Shabbos morning, police in the Binyamin town of Har Adar arrested a 20-year-old Arab terrorist who had infiltrated into the town. The Arab was found to be carrying a knife, and under questioning admitted that he had planned to carry out a terror attack. B’derech nes, he was found by security guards who were passing by the spot where he infiltrated into the town.