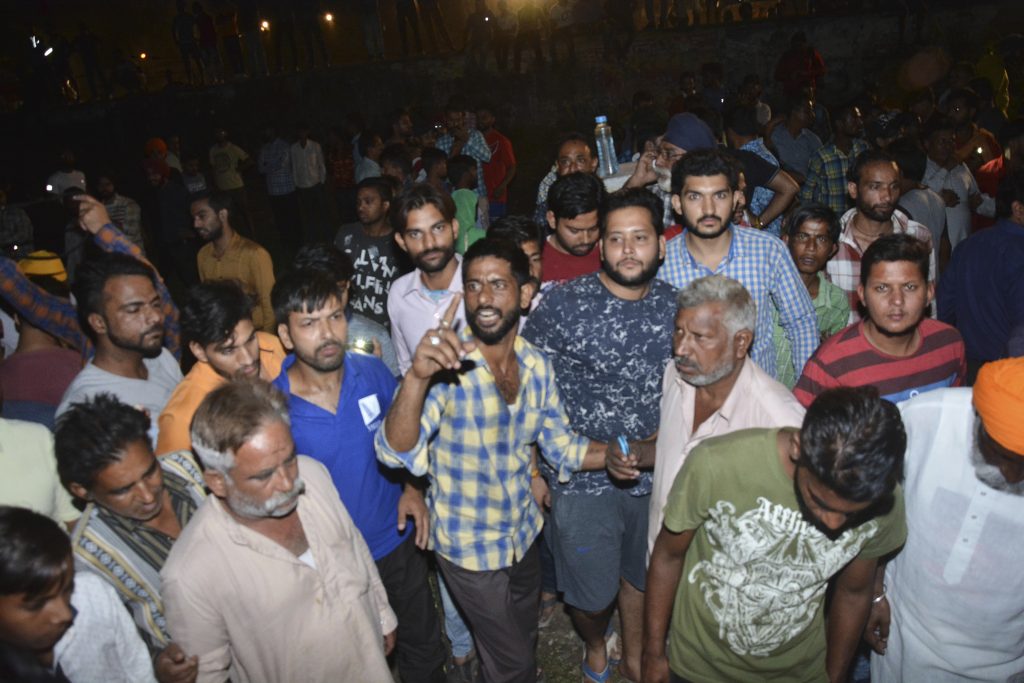 A speeding train ran over a crowd watching fireworks during a religious festival in northern India on Friday, killing at least 50 people, a Congress party leader said.

The victims crowded the rail track on the outskirts of Amritsar, a city in Punjab state. They didn’t see the train coming, which failed to stop after the accident, said the politician, Pratap Singh Bajwa.

Amrinder Singh, the state’s top elected official, told reporters that he had reports of 50 to 60 people dead. Thirty bodies had been removed from the site by Friday evening as relief work was being hampered by nightfall.

An eyewitness who lost two brothers said that the train didn’t even whistle as it sped past the site, where hundreds were participating in the festival.

“Why did authorities allow the fireworks display so close to the railroad track?” he asked on the Republic TV channel.

Following the accident, a large number of people rushed to the site and shouted at railway officials for not taking precautions in view of the festival.