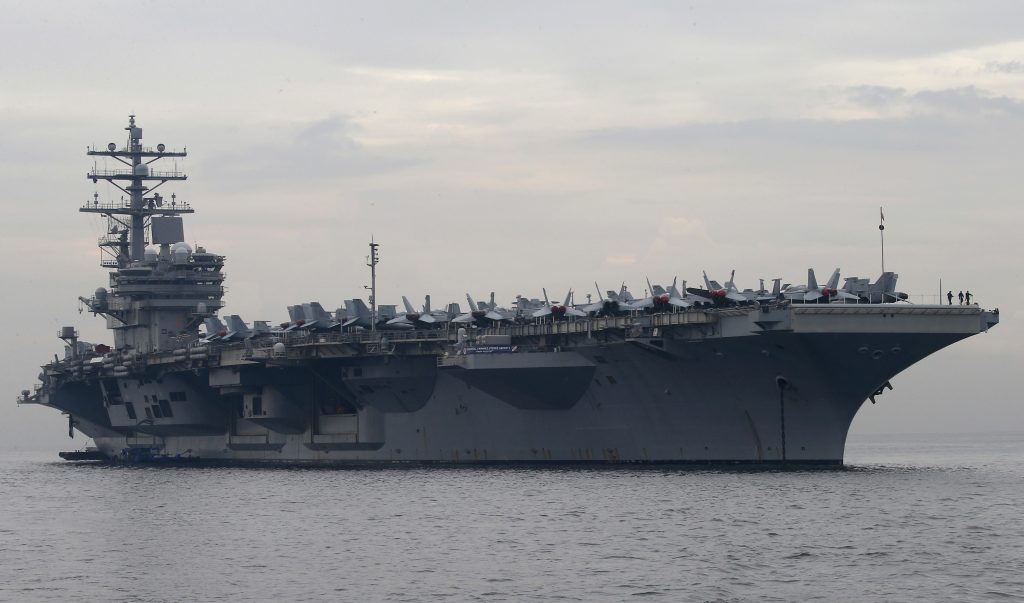 A U.S. Navy helicopter crashed on the flight deck of the aircraft carrier USS Ronald Reagan on Friday, causing nonfatal injuries to sailors, the Navy said.

The Navy’s 7th Fleet said in a statement that the MH-60 Seahawk crashed shortly after takeoff Friday morning while the carrier was off the Philippine coast.

All affected sailors were in stable condition and their injuries were not life threatening, the Navy said. It didn’t say how many sailors were hurt. It said some of them would be examined and treated after they reach the shore, though officials did not specify the destination.

The Navy did not give details on any damage to the helicopter or the aircraft carrier. But it said the ship was fully capable to conduct its mission for security and stability in the Indo-Pacific region. The aircraft carrier also has since resumed flight training.

The Navy said the crash occurred while Ronald Reagan Strike Group was conducting routine operations in the Philippine Sea, which spreads north and northeast of the Philippines. The cause was under investigation.