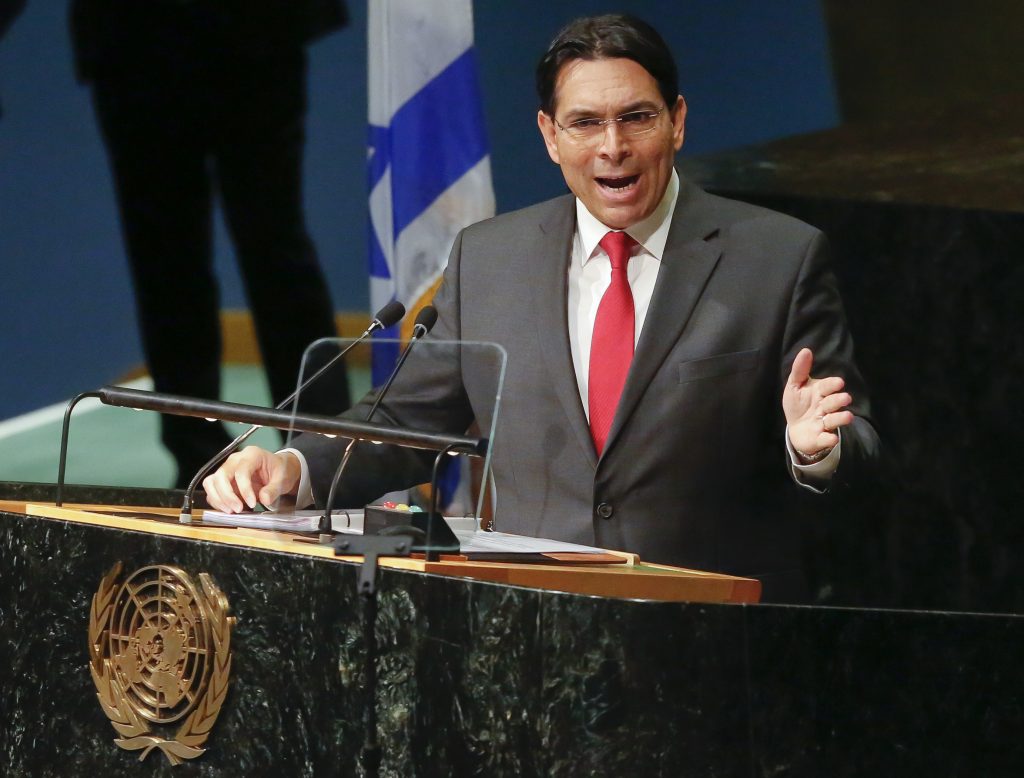 The United Nations Security Council started off a session on events in the Middle East on Thursday which featured a dramatic confrontation between the Israeli ambassador and a left-wing critic of the country’s treatment of the Palestinians.

At Thursday’s meeting, an indignant Danon told El-Ad: “You’re a citizen of the State of Israel who serves our enemies. They’re using you against us. IDF soldiers protect you and you come here and defame them. Shame on you, collaborator,” he said in Hebrew.

“Find a Palestinian… who could dare defame his government at the Security Council,” Danon said. “At best he would be thrown in jail. But more likely he would be killed.”

The B’Tselem activist was not deterred, however. He went on to speak of the “indignity, the outrage and the pain” of the Palestinians at the hand of the Israelis.

Addressing Danon’s charge, he said: “I am not a traitor” for advocating human rights for the Palestinians.

Traitor or not, B’Tselem may have to pay a price for its leader’s defiance. Deputy Foreign Minister Tzipi Hotovely (Likud) responded to his appearance at the UN Security Council:

“The lies told by B’Tselem’s director will not change the fact that Israel will continue to be a moral and democratic state. Those who choose to defend those who elected a terrorist organization as their leadership, are immoral. We must act to stop the international funding for B’Tselem, “Hotovely said.