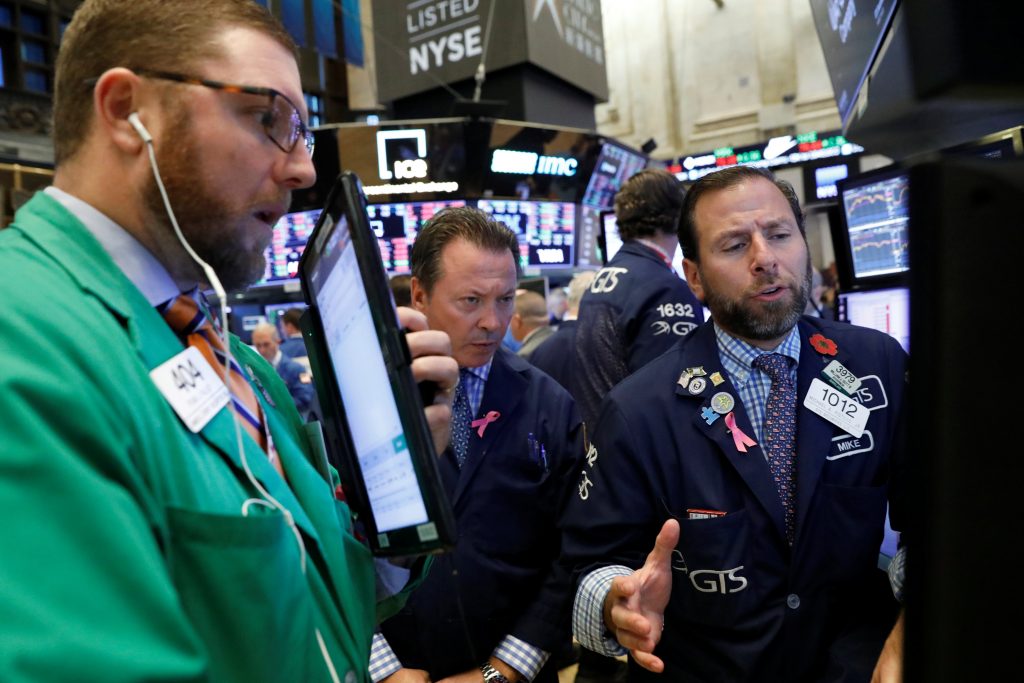 U.S. stocks are sharply lower Thursday as technology and internet companies, industrials, and companies that rely on consumer spending all skid.

Trading remains volatile, and the S&P 500 is essentially flat this week even though it’s only been two days since its biggest one-day rally in six months.

INDUSTRIAL WOES: Aircraft maker Textron slid 9.2 percent to $58.81 after its profit and sales fell far short of analyst forecasts. The company said its aerospace and defense business and its industrial business both weakened. Tool and diagnostic equipment company Snap-On lost 7.4 percent to $155.14 after it posted lower revenue than analysts expected, and United Rentals fell 9.7 percent to $124.40 after its report.

Industrial and basic materials companies have taken bigger losses than any other part of the market over the last month, and one reason is that investors feel they are especially vulnerable in the ongoing trade dispute between the U.S. and China. Higher tariffs on metals can hurt the sales of companies like Alcoa and also drive up costs for companies that use those metals to make other kinds of machinery.

GROWTH WOES: Stocks have skidded over the last two weeks, and there are signs investors are worried about future economic growth. The S&P 500 has fallen 4 percent in volatile trading since Oct. 3, and the companies that have done the worst over that time include technology, industrial and energy companies. Those companies tend to do better when the economy is growing more quickly and consumers and businesses have more money to spend.

The stocks that have held up the best include utility and household products companies. They don’t depend as much on economic growth, as consumers are likely to use about the same amount of electricity and buy the same amount of toilet paper or cereal regardless of the state of the economy.

WHAT DOES THE FED SAY? Interest rates started rising a day ago after the Federal Reserve released minutes showing that a minority of its leaders think interest rates will need to keep rising to a level that slightly restricts economic growth. That would affect stocks because it means smaller corporate profits and less spending by consumers.

Bond prices recovered after an early slip Thursday. The yield on the 10-year Treasury note rose as high as 3.22 percent but later traded at 3.17 percent, about the same as late Wednesday.

The Fed has been gradually raising interest rates since the end of 2015 after keeping them near zero for seven years in the wake of the global financial crisis. Low rates contributed to the U.S. economic recovery and to big gains for stocks over the last decade, as low rates made bonds relatively unappealing.

ALUMINUM SHINING: Aluminum producer Alcoa rose 7.1 percent to $39.30 after it topped Wall Street projections in the third quarter. The company also said it will buy back $200 million in stock. Alcoa’s stock has slumped over the last six months as the U.S. announced tariffs on imported steel and aluminum, which is reducing the company’s profits because it has several facilities in Canada.

CHINA CURRENCY FALLS: China’s politically sensitive yuan fell to a 22-month low against the dollar after the U.S. Treasury declined to label Beijing a currency manipulator.