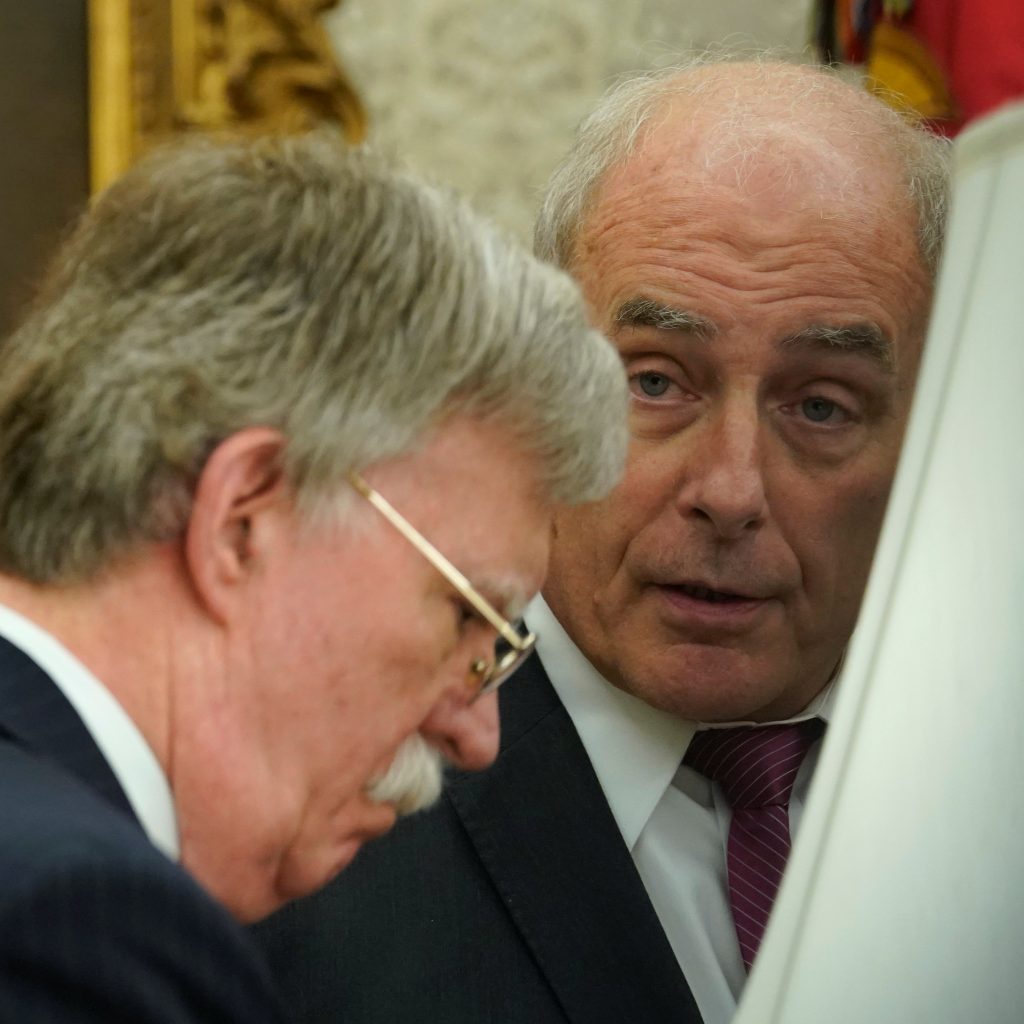 Two of President Donald Trump’s top advisers got into a heated exchange outside the Oval Office on Thursday as passions boiled over about how to handle illegal immigration, two sources familiar with the incident said.

The two advisers were White House Chief of Staff John Kelly, who is a former secretary for Homeland Security, and Trump’s national security adviser, John Bolton, the sources said.

One source described the argument as a “tense exchange” but said that it had blown over, and that it involved the job performance of Homeland Security Secretary Kirstjen Nielsen, a former deputy to Kelly. Another source said it was “not a big deal.”

Trump, asked about the incident, told reporters: “That I have not heard about.”

Trump threatened on Thursday to deploy the military and close the southern U.S. border as Hondurans and Salvadorans joined thousands of migrants in Guatemala hoping to travel north.

“I must, in the strongest of terms, ask Mexico to stop this onslaught – and if unable to do so I will call up the U.S. Military and CLOSE OUR SOUTHERN BORDER!’ Trump said in a tweet.