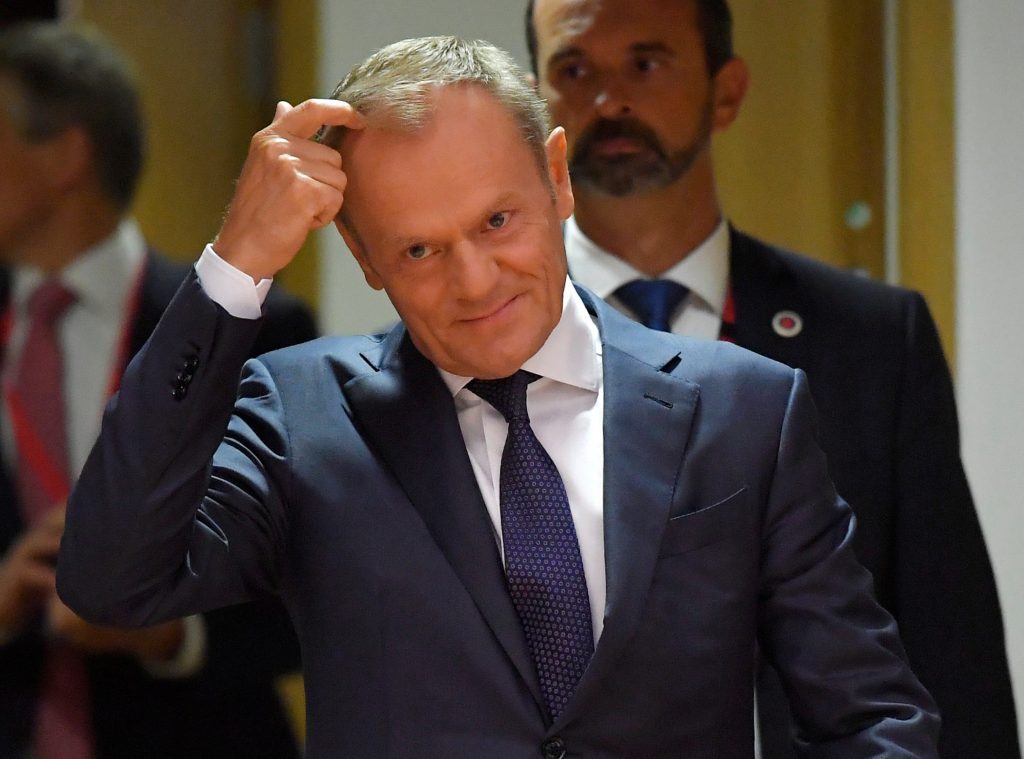 British Prime Minister Theresa May signaled on Thursday she would consider extending a so-called transition period “for a matter of months” after Britain leaves the European Union, a move her critics say is a betrayal of Brexit.

Less than six months before Britain leaves the EU in its biggest shift in policy for more than 40 years, Brexit talks have stalled over how to deal with their only land border between the British province of Northern Ireland and Ireland.

The problem centers on a so-called backstop – an insurance policy to ensure there will be no return to a hard border on the island of Ireland, a former focal point for sectarian tensions, if a future trading relationship is not in place in time.

Extending the transition period could mean that if a future partnership is not ready, a backstop, which so far has been unpalatable to the British side, would not have to be triggered. But even an extension will not get rid of the EU’s insistence that such a backstop must be agreed upon to secure a deal.

“A further idea that has emerged, and it is an idea at this stage, is to create an option to extend the implementation period for a matter of months, and it would only be a matter months,” she told reporters on the second day of an EU summit.

“But the point is this is not expected to be used because we are working to ensure that we have that future relationship in place by the end of December 2020.”

May has tried to use the summit in Brussels – once seen as the stage for a possible breakthrough after more than a year of talks – to offer a softer tone to her EU counterparts after another such meeting last month ended in acrimony.

Before leaving them to dine on Wednesday, May urged them to work together. “We have shown we can do difficult deals together constructively. I remain confident of a good outcome,” she told the leaders, according to a British official. “The last stage will need courage, trust and leadership on both sides.”

But the latest impasse in the talks has prompted many Brexit supporters and even critics of Britain’s departure to air their frustration over an exit which some Brexit campaigners had said would be the easiest deal ever.

And the suggestion that Britain could stay firmly in the EU’s sphere for longer than the 21 months expected has fired up those who already say Britain has already given up too much in the negotiations. Others fear May is leading the country into a no-deal Brexit, when Britain leaves the bloc without a deal.

“She is losing the confidence of colleagues of all shades of opinion. People who have been supportive of her throughout this process, they are close to despair at the state of this negotiation,” said Conservative lawmaker Nick Boles, a critic of May who during the referendum backed remaining in the EU and now wants to stay in the single market on an interim basis.

“It really is a desperate last move.”

For many who campaigned to leave the EU, the idea of continuing to pay into the bloc well beyond Britain leaves in March next year is anathema.

“We cannot find the money to fund our front-line police properly, we cannot find the 2 billion pounds for the vulnerable on Universal Credit, but we can mysteriously find billions to bung to the EU for the unnecessary extra year,” Conservative lawmaker Nadine Dorries said. “This is serious.”

But the EU is sanguine about an extension.

After talks stalled over the weekend, one of the bloc’s negotiators told diplomats that Brussels had proposed extending the transition by a year to make its proposal for an Irish backstop – already ruled out by Britain – more palatable.

The idea, diplomats said, was being “tentatively explored.”