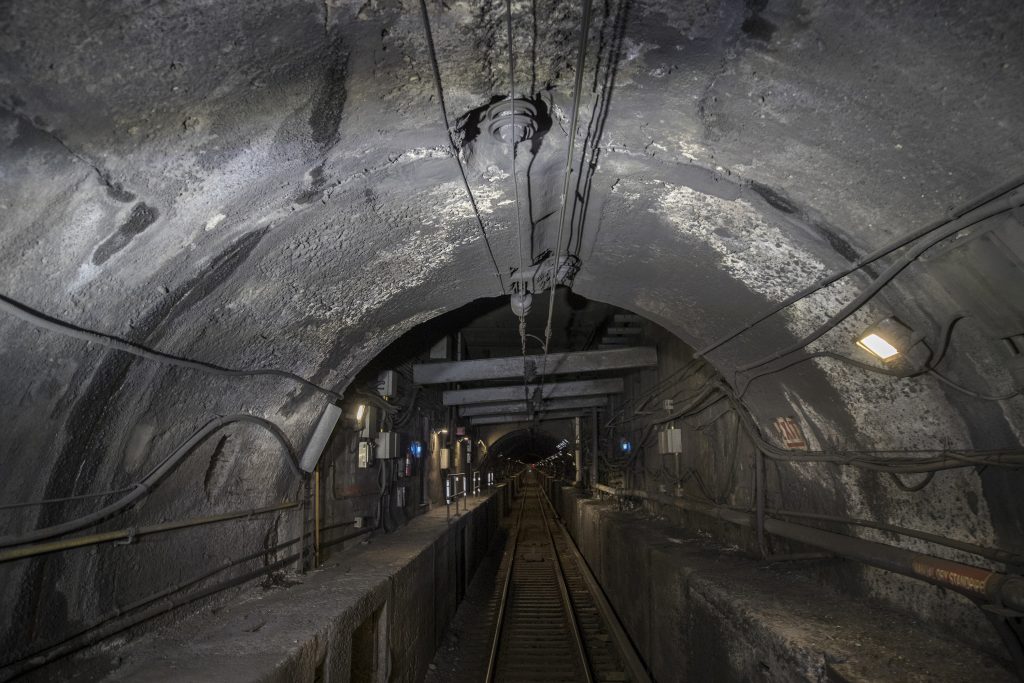 Gov. Andrew Cuomo hopes video images of the decaying, century-old rail tunnel under the Hudson River will help resolve a funding impasse with President Donald Trump’s administration that has delayed construction of a new, $13 billion tube considered crucial to the region’s transportation system.

The Democrat toured the tunnel with a video crew late Wednesday night and said he plans to send the footage to President Trump.

As water dripped down the leaky tunnel’s walls, forming puddles, the cameras captured disintegrating and missing concrete panels, corroding rebar and broken electrical cables. When it gets cold enough, icicles grow from the ceiling. Chunks of concrete can break off and fall onto the tracks below or threaten the cable running along the top.

“I actually think if anything is going to convince the president, seeing is believing,” Gov. Cuomo said. “He actually has a construction background and I think if he sees the level of damage and he sees what we’re talking about, eroding steel, falling concrete, that he’ll see it in a different context — that it will strip away the politics and the rhetoric and the jockeying.”

The two-tube tunnel, which serves as the only rail connection between New York City and New Jersey, suffered saltwater damage from Superstorm Sandy in 2012 that is eating away at walls housing copper cables and electrical wires. Amtrak, which owns the tunnels, has estimated one or both of the tunnel tubes could fail in the next 10 to 15 years.

On Wednesday, Cuomo pointed to a hole in the sidewall where cables, piping and metal rebar are flaking from the salt. When the salt damages the copper cables, it takes workers 12 to 14 hours to splice them back together. Much of that work is done overnight or on weekends, when one tube can be shut down without causing significant disruption to service.

Taking one of the tubes out of service for an extended time, however, would reduce peak period traffic by 75 percent, experts have said. That would have a ripple effect up and down the Washington-to-Boston corridor on which more than 700,000 people ride daily on Amtrak and several commuter lines, Amtrak has estimated.

A 2014 report by the Federal Railroad Administration estimated that the loss of rail service on the corridor for one day could cost nearly $100 million in impacts and productivity losses.

But Trump administration officials have rejected the 50-50 agreement the states made with the Obama administration that would have the federal government pay for the other half, calling it “nonexistent.”

Transportation Secretary Elaine Chao told a House committee in March that Trump was seeking to kill the tunnel project unless the states committed more money. And the Federal Transit Administration has downgraded the project’s rating from medium-high to medium-low, making it more difficult to compete with other projects around the country seeking federal dollars.

Last month, two commuter trains were disabled on a Friday night, stranding more than 1,000 travelers, when a piece of metal that connects the train to the overhead wires pierced the roof of one of the train cars. No injuries were reported.

“What’s really going on inside the tunnels is a toxic stew of sandy saltwater, of normal water intrusion, of the metal corrosion that’s going on, and of the aging process of the cement,” said Port Authority Executive Director Rick Cotton, who joined Wednesday’s tour.