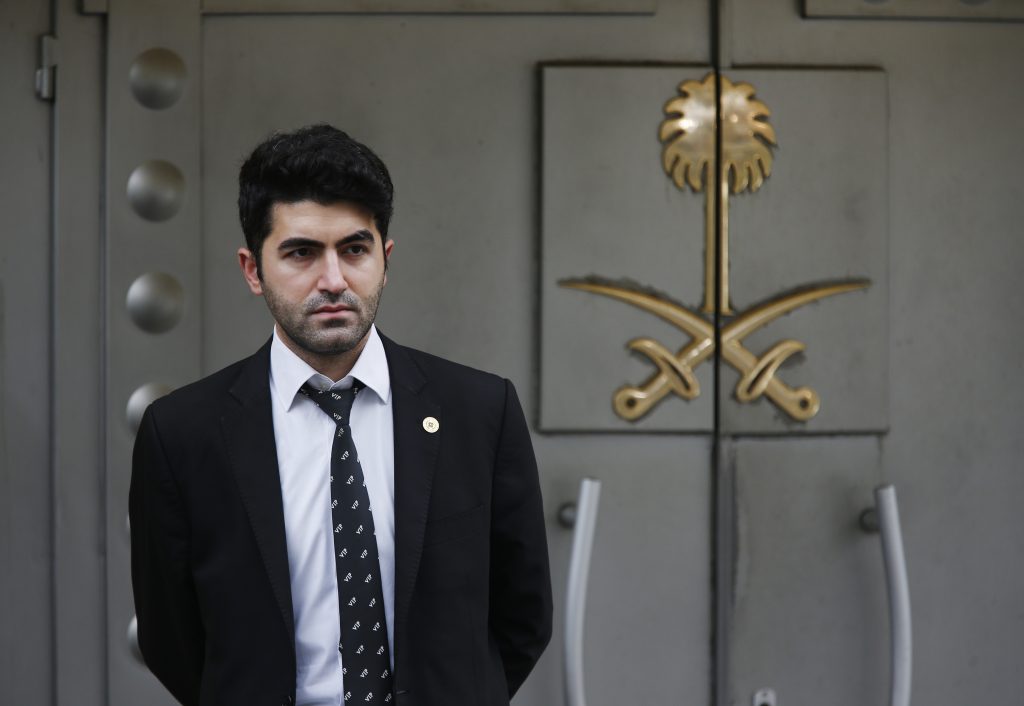 Leading human rights and journalists’ organizations urged Turkey on Thursday to ask the United Nations to launch an investigation into the disappearance and “possible extrajudicial execution” of Saudi journalist Jamal Khashoggi.

The Committee to Protect Journalists, Amnesty International, Human Rights Watch and Reporters Without Borders said at a news conference at U.N. headquarters that Turkey should request that Secretary-General Antonio Guterres initiate a transparent investigation.

Turkish reports say Khashoggi was brutally murdered and dismembered inside the Saudi Consulate in Istanbul by members of an assassination squad with ties to Saudi Crown Prince Mohammed bin Salman. The Saudis have dismissed those reports as baseless but have yet to explain what happened to Khashoggi, who was seen on video entering the consulate on Oct. 2 but has not been seen since.

Robert Mahoney, deputy executive director of the Committee to Protect Journalists, said: “U.N. involvement is the best guarantee against a Saudi whitewash or attempts by other governments to sweep the issue under the carpet to preserve lucrative business ties with Riyadh.”

The four organizations said an international investigation should probe Saudi Arabia’s role and aim to identify everyone responsible for ordering, planning and executing any operations related to Khashoggi’s disappearance.

“This is not an isolated incident,” Mahoney stressed. “Independent and critical journalism is in a crisis globally. There are more than 250 journalists in jail around the world at the moment — that’s a record. Already this year 44 journalists have been killed, 27 of them murdered. That’s a crisis.”

He said journalists are being threatened by repressive governments, militias and organized crime and it takes “just a few thousand dollars to get a journalist killed in many countries,” including Mexico.

Mahoney said Khashoggi’s disappearance has generated greater “horror” and more international press coverage than he has seen in many, many years.

“This has touched a nerve because it is Saudi Arabia, it is the United States,” and there are fears he has been killed, Mahoney said.

Louis Charbonneau, U.N. director for Human Rights Watch, said the best way to make sense of “this sort of circus-like atmosphere for what seems to be a brutal and tragic occurrence” is for Turkey to ask Guterres to urgently launch a U.N. probe.

“We need accountability” and for that a credible investigation is essential, he said. “There should be no diplomatic immunity for persons or property.”

He said Turkey has “an abysmal record” in treatment of its own journalists, as does Saudi Arabia.

But the issue of Khashoggi’s fate is “gathering momentum,” Charbonneau said, “and we hope that the momentum will be such that Turkey will not be able to say no, and will actually have to step forward … and that the Saudis will be under so much pressure that they will have to cooperate” with a U.N. investigation.