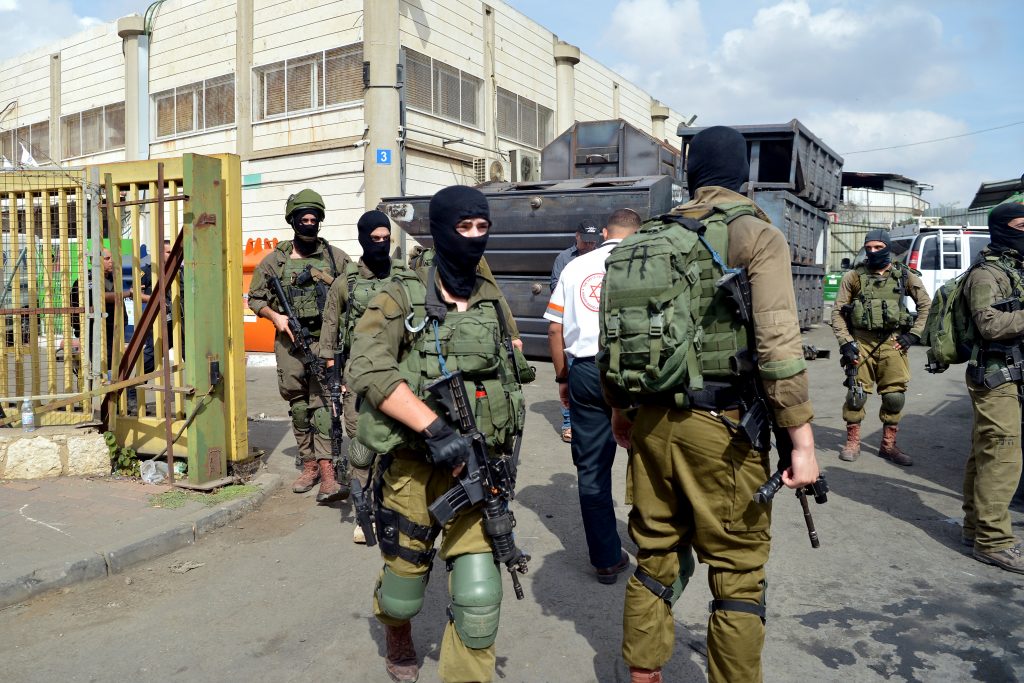 Ten days after the attack, Ashraf Nalaweh, the terrorist who murdered Ziv Hajabi, Hy”d, and Kim Levengard Yechezkel, Hy”d, is still at large, and large numbers of IDF soldiers and Border Guards are still combing Arab villages and towns in Yehudah and Shomron, searching for clues of his whereabouts. Residents of Tul Karem, which is next to Nalaweh’s home village of Shweika, said Thursday that the IDF had in recent days distributed notices warning them not to provide assistance to Nalaweh.

According to the notice, “anyone who helps the suspect Ashraf Nalaweh will be subject to legal sanctions including extended jail time, demolition of his or her home, cancellation of all permits for himself and family members, and more. We will not hesitate to punish anyone who provides the suspect with assistance.”

In addition to distributing the notices, residents of the city have reported that there is ongoing IDF activity in Tul Karem, including loudspeakers being driven throughout the city with calls for the terrorist to give himself up. The IDF has not issued any statements regarding the suspected location of Nalaweh.

In the attack a week ago Sunday, Nalaweh murdered Hajabi and Yechezkel in the offices of Alon Metal Works in the Barkan industrial zone, where he worked. Nalaweh arrived for work in the morning, carrying with him an assault rifle hidden under his clothing. As a regular employee with a work permit, he was admitted to the grounds of the industrial zone without too much scrutiny, security officials told Yediot Acharonot.

Nalaweh went to the factory’s second floor to fix a problem, but when he saw several workers he went back downstairs, now brandishing his weapon. Witnesses said that he took some plastic ties from a worker on the first floor, and went back upstairs to carry out his attack. He then ran towards Levengard, who was sitting at a desk at the end of the hall. According to some accounts, he tied her hands with the plastic ties, and shot her. He then ran to one of the offices on the floor and shot Hajabi, before running downstairs and out of the building.

There has been an intensive search for Nalaweh over the past 10 days, but as of yet, security forces have been unable to find him. Searches have concentrated on the Tul Karem area, as well as in the Shechem area, where Nalaweh was thought to have fled to, as he has relatives there. He is considered armed and dangerous, but officials believe it is only a matter of time. “He can’t hide out forever, and when he surfaces we will be there to capture him,” security officials told Hadashot News. “We are keeping the pressure on to make sure he runs out of options and is unable to organize a long-term effort to remain underground.”

Security officials told Hadashot News that one of the challenges in finding the terrorist is that he apparently acted as a “lone wolf,” without an organization like of the major terror groups behind him. Thus, he has his own network of people assisting him, who are apparently not known to operatives of terror groups Israel has questioned, or informants Israel works with.