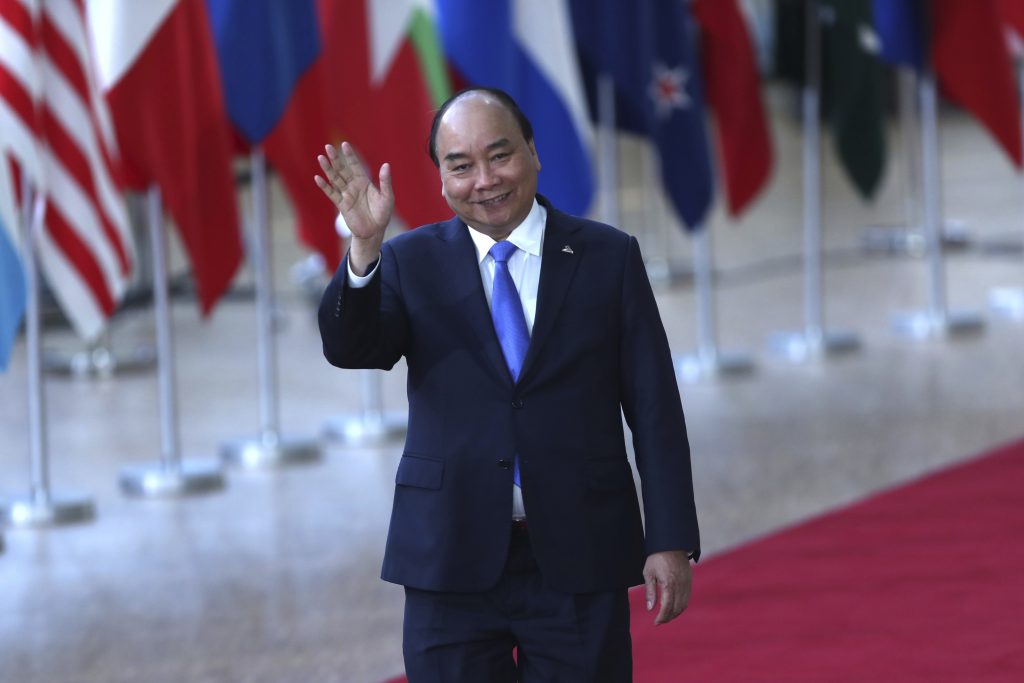 After failing to reach a breakthrough on Britain’s divorce terms from the European Union, weary EU leaders rolled straight into another summit Thursday, this one aimed at forging closer links with Asia.

The Asia-Europe meeting brings together 30 European leaders with their counterparts from 21 Asian nations, a membership that accounts for 55 percent of global trade.

Rights group Amnesty International and some European lawmakers called on EU leaders to call out their Asian counterparts on abuses including the persecution of Myanmar’s Rohingya Muslims and China’s internment camps for an estimated 1 million Muslims in the region of Xinjiang.

In a speech Monday, outgoing U.S. Ambassador to the United Nations Nikki Haley said the Chinese government “is engaged in the persecution of religious and ethnic minorities that is straight out of George Orwell.”

China has characterized the mass internment as a push to bring into the “modern, civilized” world a destitute people who are easily led astray.

EU foreign affairs chief Federica Mogherini said European leaders would raise rights issues with their Asian counterparts and singled out the Rohingya crisis as an area of particular concern.

“We’ll have discussions … on seeing how we can try to help the United Nations to have proper access and have the return of the Rohingya in a safe and dignified manner,” Mogherini said.

The meeting in Brussels is happening amid a trade war between the United States and China and ongoing trade tensions between the EU and Washington, but Mogherini said it was not about presenting a united front to President Trump.

“Together, Europe and Asia are upholding the multilateral trade system based on rules — free and fair trade,” she told reporters.

The informal meeting, which is held every two years, will also discuss peace moves on the Korean Peninsula, migration, cybersecurity, fighting extremism and combating climate change.

On Friday afternoon, EU leaders will hold talks with the Association of Southeast Asian Nations and sign a free trade deal with Singapore.

Thursday’s meeting starts a day after U.S. Secretary of Commerce Wilbur Ross criticized the EU for moving too slowly in trade talks and warned that President Donald Trump’s patience with the Europeans might soon run out.

China knows how that feels. Trump has imposed punitive tariffs on about $250 billion of Chinese products amid U.S. accusations that China engages in cyber-theft and coerces foreign companies into handing over technology in return for access to the Chinese market. Trump is also angry over China’s trade surplus with the U.S.

The EU has similar concerns about creating a level playing field for European companies doing business in China, said Frans-Paul van der Putten of the Clingendael think tank in The Hague.

On a visit to the Netherlands this week, Chinese Premier Li Keqiang reasserted pledges to open up his country to foreign investment.

“We will remove foreign equity restrictions to Dutch companies as well,” Li said.

Van der Putten said Li will likely bring that message to Brussels, too.

“I imagine at the EU level the Chinese government will have a similar message,” he said.