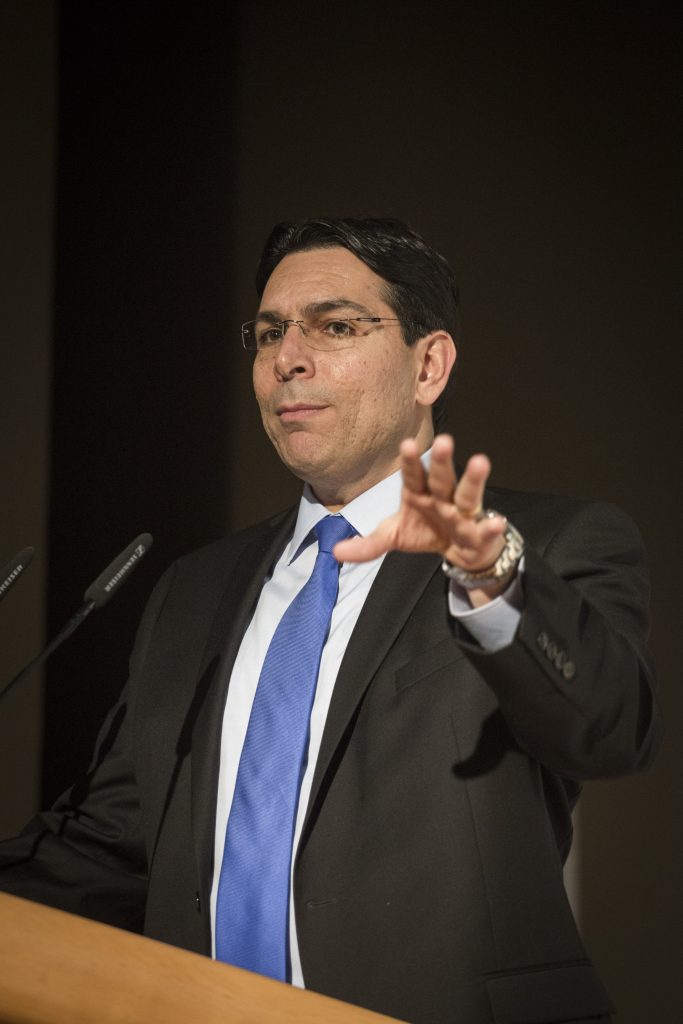 Israel’s Ambassador to the United Nations Danny Danon decried an invitation issued to Hagai El-Ad, chairperson of far-left organization B’Tselem, to address the U.N. Security Council. El-Ad is set to speak to the group Thursday. In a statement, B’Tselem said that El-Ad will “address the Israeli-imposed blockade on the Gaza Strip and the humanitarian crisis there. He will also discuss Israel’s attempts to carry out the forcible transfer of thousands of Palestinians, with a view to taking over their lands, and will focus on the impending demolition of Khan al-Ahmar, a shepherding community located in Mishor Adumim.”

“B’Tselem has proven time and again that it collaborates with Israel’s enemies,” Danon said in a statement. In accepting the invitation, El-Ad has “joined those on the council who oppose Israel’s right to exist. The people who invited him are the ones who call IDF soldiers ‘murderers.’ Accepting the invitation is not just a shameful act, but a crossing of all red lines, as El-Ad joins with countries that have an anti-Israel agenda. It is these countries that are funding El-Ad’s trip, so he can give his ‘testimony.’”

El-Ad was invited at the behest of the current head of the Council, Bolivian U.N. ambassador Sacha Llorenti. At a U.N. session last May, Llorenti wore a kaffiyah and read the names of Gaza Arab terrorists killed by IDF defensive actions, calling Israeli soldiers “murderers” and asking “forgiveness” from Palestinians because “the Security Council has failed you.”

El-Ad has spoken to the Council before – in 2016, when he appeared at an informal meeting of the group. This will be the first time he speaks to the Council in a formal setting. El-Ad said that in his remarks, he would “speak on behalf of the hundreds of thousands of Israelis who oppose the occupation, who ardently wish it were over, who seek a future of equality, justice and human rights for all 13 million people living between the Jordan River and the Mediterranean Sea.” The government, he said, is “trying to sell the absurd notion that our control over millions of Palestinians is an internal Israeli matter. At the same time, the government is trying to silence local Israeli criticism of the occupation. But the occupation is taking place outside Israel’s sovereign borders, and like any human rights issue, it is a universal matter. We say it in Israel, and we say it all over the world.”

Danon will also speak before the Council. “In my remarks I will unveil the incitement and lies of not only the Palestinians, but also of Hagai El-Ad and B’Tselem. We will continue to defend Israel with the truth,” Danon added.