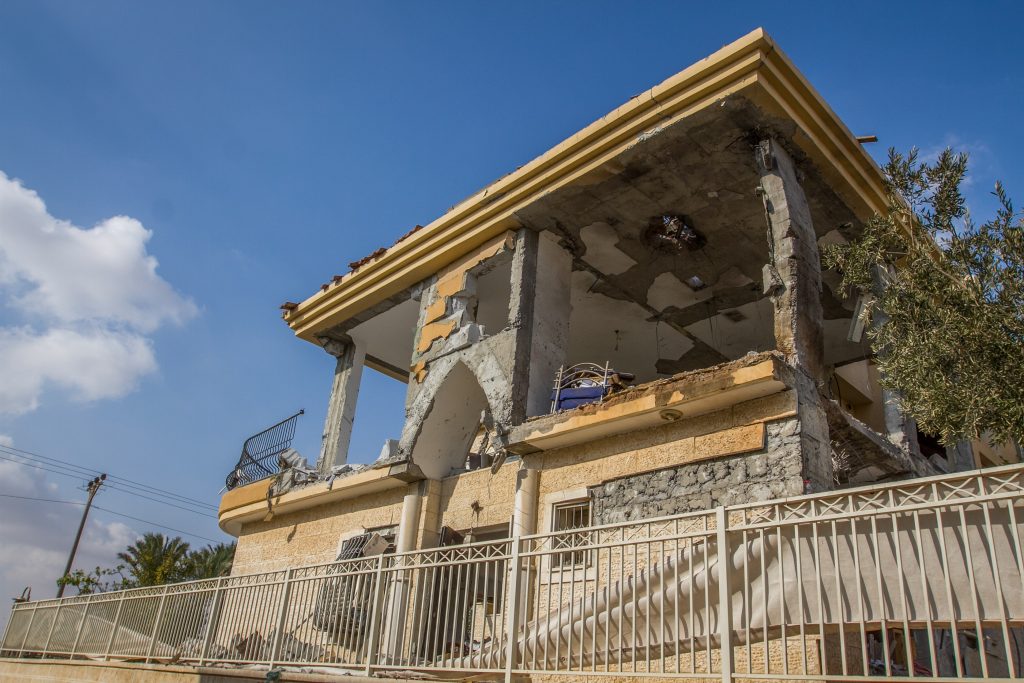 After a meeting that lasted nearly six hours, it appeared that the security cabinet has decided not to take any extended action in Gaza. The Homefront Command on Thursday morning removed all restrictions on Israeli activity in the Gaza border area, with all schools and institutions open as usual, trains running on schedule, and farmers and laborers given the all-clear to work in the fields.

Wednesday night, in contrast to the last few nights, was very calm in the Gaza border area, with only sporadic rioting early in the evening. With that, there were several reports of balloon terror attacks; a suspicious balloon was spotted Thursday morning outside Barzilai Hospital in Ashkelon. Bomb squad workers defused the explosives attached to the balloon.

Yisrael Hayom reported that while many of the ministers at the meeting feel that Hamas in recent days has crossed all of Israel’s red lines, it was clear that Israel was being manipulated into going to war against Hamas largely by Palestinian Authority chief Mahmoud Abbas, who is intent on dethroning Hamas as the controlling group in Gaza.

Ministers slammed Abbas for his actions in pushing Hamas into a corner by cutting all funds and assistance to Gaza, thus engendering the Hamas actions against Israel, which Israel will eventually have to respond to – a response that will bring suffering primarily to Gazans, whom Abbas claims to be concerned about.

Ministers also criticized Defense Minister Avigdor Liberman for what they called his uneven policy in responding to Hamas terror. Many of the issues that Israel faces, such as the kite and balloon terror, are still awaiting an Israeli response. Several of the ministers accused Liberman of using the situation to play politics, giving him an opportunity to “talk tough” with the knowledge that the government is reluctant to go to war against Hamas. The report said that on Sunday, ministers were shocked to hear that Liberman had cut off all fuel shipments to Gaza, an action that would guarantee that Gaza would be completely without electricity by the end of the week, leading to a humanitarian crisis that would be considered Israel’s responsibility.

Speaking after the meeting, Public Security Minister Yuval Steinitz said that “our purpose is clear, and that is to restore quiet and calm in the south. To do this we must strike a heavy blow against Hamas and afterwards we will be able to negotiate a deal. If we cannot do this, then we may be going to war.”

Speaking to Channel Ten, Eshkol Regional Council head Gadi Yarkoni said that he was “disappointed” that a major action against Hamas was not on the agenda right now. “We should have used the rocket attack in Be’er Sheva to launch an attack and restore the balance of fear in Gaza, and unfortunately this did not happen. We don’t need a ground invasion of Gaza, but we do need to make their leaders afraid to walk outside. We met with the prime minister yesterday and he sounded determined to act, but this morning we were surprised to learn that things were returning to normal,” he said.

Sirens sounded in the Be’er Sheva area early Wednesday, as Gaza terrorists fired two rockets at Israel. One hit in the backyard of a house in Be’er Sheva and the other fell into the sea off the Israeli coast. Several people in Be’er Sheva were treated for injuries sustained as they fell while rushing to get into a bomb shelter, while several children were treated for shock. Three of the children were in the home that was damaged when the rocket hit in the backyard, causing heavy damage to the house.

In the wake of the attack, classes in schools and sessions in day care centers in Be’er Sheva and the Gaza border area were canceled. IDF Chief of Staff Gadi Eisenkott, currently on a visit to the United States, is cutting that visit short to more closely supervise the events in Israel. In a press conference Wednesday morning, IDF officials told reporters that the army had hit 20 terror targets after the Be’er Sheva attack, including Hamas terror tunnels, weapons workshops, and the entrance to an underwater terror tunnel.