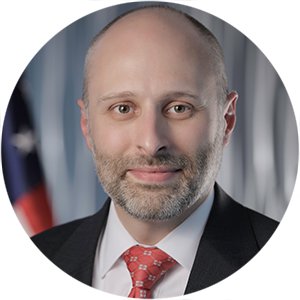 The nation’s financial watchdog has opened a formal investigation into writings and comments by Eric Blankenstein, a Republican appointee overseeing the agency’s anti-discrimination efforts, which he alleged that most hate crimes were fake and argued that using racial epithets did not mean a person was racist.

The CFPB does not have its own inspector general’s office, and uses the Fed’s inspectors when necessary.

Blankenstein is one of a handful of political appointees that joined the CFPB after Mulvaney took over the bureau roughly a year ago.

Blankenstein’s official title is policy associate director of the Office of Supervision, Enforcement and Fair Lending, and is in charge of all bureau investigations into possible discrimination by banks and other financial companies. He is also one of the highest paid federal government employees, making more than $250,000 a year.

The controversy over Blankenstein’s previous comments started in late September, when The Washington Post published a story on his writings on a blog more than a decade ago. In one post, from 2004, Blankenstein said using a particular racist word to describe a black person did not mean a person was racist, just foolish, he said, using an obscenity to describe a foolish person. In the same post, Blankenstein stated that hate crime hoaxes happen three times more often than actual hate crimes. The posts were written under an online alias, where Blankenstein used his initials.

Blankenstein initially dismissed The Washington Post’s story, saying little could be gleaned from his writings from when he was 25 years old. However, Blankenstein quickly retreated from that position as outrage grew among CFPB career staff, including from his immediate subordinate.

The president of the union that represents CFPB employees sent a letter last week to Mulvaney and Congress expressing deep concerns about Blankenstein continuing in his current role.

The National Treasury Employees Union “believes that every federal employee should have a workplace where they are confident they are treated fairly and without discrimination,” Union President Tony Reardon said. “In speaking with our members at CFPB it is clear to me that those under Eric Blankenstein’s leadership do not have this confidence.”

Blankenstein has now apologized for his previous statements, saying in an email to CFPB employees, “the tone and framing of my statements reflected poor judgment.”

Left-leaning and consumer groups, who have by and large been outraged over Mulvaney’s business-friendly changes to the bureau, have pressed hard for Mulvaney to fire Blankenstein.

Mulvaney, for the most part, has backed Blankenstein. At a town hall in Louisiana on Thursday, Mulvaney said Blankenstein’s writings were an “internal management and employee issue for us.”

“We are handling this internally,” Mulvaney said. When asked further by a reporter if he had confidence in Blankenstein, Mulvaney said “Oh, sure.”

The latest volley came from Allied Progress, a consumer group that has been sharply critical of Mulvaney’s policies, which sent a letter to the Federal Reserve’s inspector general’s office this week asking him to also investigate an Amazon “wish list” of Blankenstein’s. The wish list includes a book called “A Troublesome Inheritance: Genes, Race and Human History,” a 2014 book that argues the rise of Western power in the world was possibly due to genetic superiority.

“Consumers have a right to know if Blankenstein, who was hand-picked by Mulvaney to oversee fair lending enforcement at the CFPB, was pining for a book as racially charged and controversial as the blog posts he once wrote,” said Karl Frisch, director of Allied Progress, in his letter.