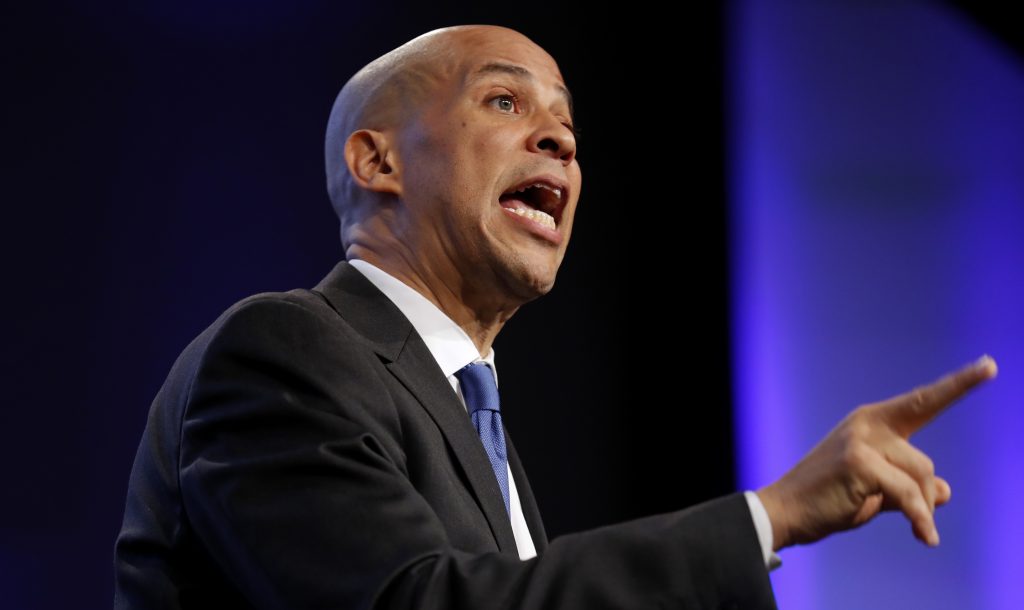 Speaking to reporters gathered at Allen University in downtown Columbia, the New Jersey Democrat expressed concerns about the Trump administration’s handling of the disappearance of Washington Post columnist Jamal Khashoggi, who Turkish officials have said was murdered in the Saudi Consulate in Istanbul more than two weeks ago.

Booker made his assessment after Secretary of State Mike Pompeo briefed President Trump on his visit to Turkey. Pompeo said he told Trump the Saudi government should have more time to complete its own investigation.

The senator is just one of several potential White House contenders swarming South Carolina, which holds the first presidential primary in the South. He will speak later Thursday at a state party dinner in Orangeburg. Former New York Mayor Michael Bloomberg was in Columbia earlier Thursday for a fundraiser for local Democrats. California Sen. Kamala Harris and Vermont Sen. Bernie Sanders, who ran for the Democratic nomination unsuccessfully in 2016, are scheduled to be in the state Friday and Saturday, respectively.

At his first stop Thursday, Booker painted a dire-yet-hopeful image of a country that has long struggled to reach its potential.

He offered a long list of problems from the wealth gap between whites and blacks and escalating college costs to mass incarcerations and the infant mortality rate.

But he didn’t blame President Trump. “The Republicans didn’t do this to us. We did it to ourselves,” he said, urging the mostly young audience to honor earlier generations of civil rights activists by voting.

Booker said afterward that he sees the 2018 midterms as a “reaction” to President Trump that goes beyond the Democratic base. He cited enthusiasm among independent and even Republican women “who are outraged by what’s going on.”

While he didn’t say when he’ll announce his next political moves, Booker was quick to tell reporters of his connections to South Carolina, starting with his family vacationing in Hilton Head when he was a child. “My lineage goes down into the South and the same experiences that many African-Americans here have,” he said, adding that he’s a former mayor of “a majority black city” and “the only senator in Washington who lives in a majority black neighborhood.”

Advisers to Booker, Harris and other potential Democratic hopefuls have said for months that they learned lessons from Democrats’ 2008 and 2016 fights. In both those instances, the top contenders split overwhelmingly white Iowa and New Hampshire. But in 2008, then-Sen. Barack Obama trounced Hillary Clinton in South Carolina, largely on the strength of the black vote, and went on to sweep the rest of the South and amass a delegate lead he would never relinquish.

Clinton did the same thing to Sanders in 2016.